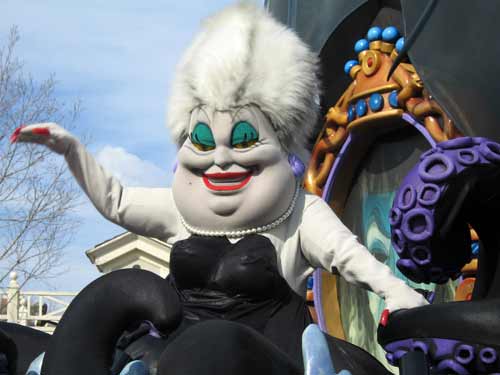 We all know the song: Who’s the leader of the club that’s made for you and me? M-I-C-K-E-Y—M-O-U-S-E. Mickey Mouse, Donald Duck… Forever let us hold our banner high, high, high, high!

If you like to sing or chant in a large group when you visit Disney World, you should know that it may soon be outlawed.

Disney recently banned the selfie stick citing that it can interfere with guests’ experience especially on rides and during shows.

Shortly after the announcement, Disney posted signs at the front of each park representing this ban. If security finds a selfie stick in your possession, Guest Relations will confiscate it for the day, but they will return it to you upon leaving the park.

Is group chanting the next thing to be banned?

While waiting in the large courtyard area for the doors to Hollywood Studio’s Fantasmic! to open, I witnessed a large group of school-aged guests chanting in Spanish. Though they meant well and were non-threatening, some guests could have viewed it as disruptive. Some may say it’s all in good fun and that they’re just enjoying themselves, but others may not be as understanding.

Reportedly, there was some kind of incident recently in which a large group from Argentina was chanting and singing and another guest or guests became disgruntled. An unspecified problem arose, and Cast Members had to deescalate the situation.

Since this occurred, rumors are flowing that Cast Members are now being instructed to discourage group chanting and singing and to stop it if they see it (or hear it) happening. Cast Members have always been on the lookout for any potential disruptions that could anger or annoy other guests or be potentially dangerous, but this “rule” may be difficult. Can a few Cast Members really stop a large group from chanting? What if there’s a language barrier? Is this even possible? What’s more, it’s too soon to tell whether other groups like cheerleaders, sports teams, or family reunion groups will be affected by this change.

There hasn’t been an official release from Disney yet, and no signs have been put up at the parks. Since there’s nothing to take away (unless, of course, Ursula is on hand), this “rule” may be enforced on more of a case-to-case basis.

Do you think group chanting should be banned at Disney World?
Leave your comments below.