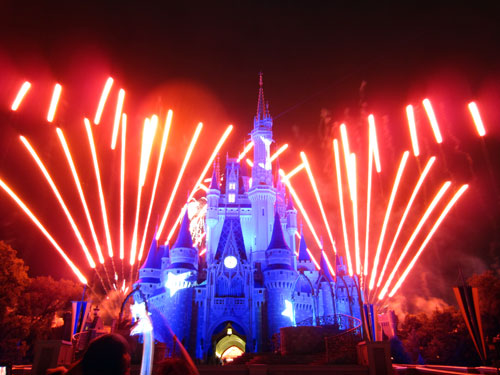 It is now possible to spend up to $164 for a single day admission to the Magic Kingdom with park hopper option. However, few people will pay this much since most folks purchase multi-day tickets.  Still, prices are going up.

Disney expects that the new pricing will even out crowds, but that remains to be seen.

Disney will publish a calendar with days laid out 8 to 11 months in advance on their web site.  Each day will be identified wither a Value day, a Regular day, or a Peak day.  There will be a combination of different days in each month.  For example, days in early December may be Value or Regular days, while Christmas Day is sure to be a Peak day.

A one day ticket to any Walt Disney World Park can now have one of three different costs, depending on when you plan to use it.  You can also still add options like Park Hopper and Water Park Fun and More:

Guest visiting a Disney Park with a single day ticket do not have to select a specific date when they buy their ticket.  Prices will be the same whether guests buy their single day tickets on Disney property or online.  If a guest buys a cheaper Value day ticket, they can upgrade it if they decide to use it on a Regular or a Peak day.

If a guest purchased a ticket on or before February 27, 2016, they can use it for any type of day – Value, Regular, or Peak.

Other Prices Increase Too

Disney Is Not Alone

Disney is not the first, and is not the only, theme park operator to implement a tiered pricing structure.  Earlier this year Universal Studios Hollywood rolled out a system where they charge extra on peak days.  The Universal pricing actually has five (!) different pricing tiers. To get the best discount, guests of Universal Studios have to visit on a low-crowd day and have to buy a ticket online for a specific date.

Actually, Disney already had a form of variable pricing in place before this most recent change.  Disney charged different prices for ticket to Mickey’s Very Merry Christmas Party based on the date of the party:  the closer to Christmas, the higher the price.

In addition, variable pricing has been standard for hotels and airlines for many years.

While Disney continues to raise ticket prices, people continue to come in droves.  During the three month period ending in December, 2015, Disney Parks set attendance records with crowds 10% higher than in the previous year.