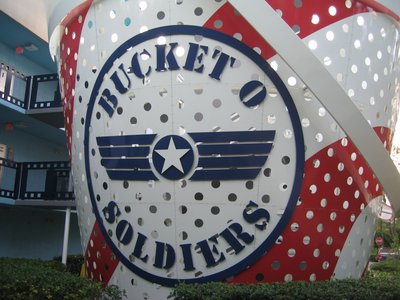 As Walt Disney World prepares to open its brand new Art of Animation value resort and add time share suites to the flagship Grand Floridian Resort and Spa, it is also taking the time to give its existing hotel rooms some new features and amenities.

These renovations have been prompted in part by the economy and in part by an extensive guest research study recently conducted at Disney hotels both domestically and internationally. Disney says that over 10,000 guests were surveyed as part of this study, and the survey results have encouraged Walt Disney World to take some immediate steps to improve their customer experience.

For many years, Walt Disney World resort hotels have justified their rates with convenient locations, an emphasis on excellent customer service, and total immersion in a unique and detailed theme. While Disney hotels did not always feature the same amenities as comparable hotels, they offered a total design that set them apart.

Taking It To The Next Level

However, even Disney needs to go the extra mile during times of economic recession. Some hotels and services choose to lower prices to counter a drop in demand, but Disney has chosen to take an opposing approach: add value to their existing product to make it a better deal for the price.

The results of the extensive survey has allowed the Walt Disney company to prioritize the updates they are making based on customer preferences.  With the help of guests, Disney took a list of over 100 amenities and pared it to 32. Survey participants were then asked to prioritize the remaining 32 amenities to indicate those which were most important to their hotel stay.

Coming in at the very top of that list was free wireless internet access. While Wi-Fi has long been available at certain parts of the Disney resorts for a fee, the Walt Disney Corporation was not planning to install free Wi-Fi in every room for several years. However, the guest survey prompted them to shift their timeline, and rooms through the Disney World resort have now been re-wired for Wi-Fi capability.

Mini fridges and extra beds were two other amenities that scored high in Disney’s survey. Mini fridges were particularly cherished by guests at value resorts, but they have long been available only in studio suites with kitchenettes. Now, Disney has added them to the remainder of the rooms at all four of their current value resorts.

Extra mattresses are a trickier problem, since Disney is loathe to resort to temporary roll-away beds that would interfere with the theming of their rooms. As a result, they are currently testing a pull-out bed at their Port Orleans Resort. This bed is built into a theme-approved armoire, and folds down lengthways to create an additional single bed. The concept may be expanded to additional resorts if guests find it to be functional.

Competition From Disney Itself

With brand new additions to their value and deluxe resort resort line-up, there is one further reason why the current hotel room sprucing has become a priority. Disney has so many resort hotels on its extensive property, that they are all in competition with one another. As a result, Disney wants to ensure that all of its hotels continue to offer comparable value to one another, so that older resorts to not suffer too much with the opening of newer locations.