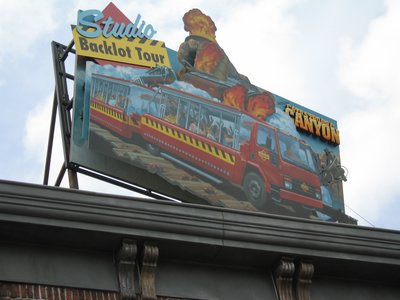 One of the best aids for those interested in getting the most out of their time is an understanding that the Walt Disney World parks are at their essence a delivery system for shows and rides. Everything in the parks that isn’t designed to get visitors to spend money is designed to funnel them to these attractions. Disney staff has spent and continues to spend countless hours and big money carefully engineering their crowd control circuitry, and the thinking behind the magic pays off in human dividends in how Disney World ride capacity enables a great guest experience. Understanding their thinking and how it is influenced by the level of interest in and ability to serve of each attraction will help anyone to successfully navigate this wonderfully Imagineered landscape.

When rides that can serve many at once are unpopular, they are considered losses by Disney. There are some adjustments that park staff can make, such as subtracting or adding cars to some rides, but ride capacity cannot exceed a certain limit, while coming in well under the limit is a sign that the attraction is not contributing enough to the bottom line. To prevent this scenario, Disney Imagineers plan very carefully. Finding the perfect balance between preference and volume is their chief pursuit. It’s expected that older attractions will lose popularity (such as the animatronic Abe Lincoln, which was seen as amazing technology in its day but is now seen as old school at Disneyland) and that some new attractions will flop—however, the latter is quite rare thanks to all the planning and research that goes into them.

One of the best aids for those interested in getting the most out of their time is an understanding that the Walt Disney World parks are at their essence a delivery system for shows and rides. Everything in the parks that isn’t designed to get visitors to spend money is designed to funnel them to these attractions. Disney staff has spent and continues to spend countless hours carefully engineering their crowd control circuitry, and the thinking behind the magic pays off in human dividends. Understanding their thinking and how it is influenced by the level of interest in and ability to serve of each attraction will help anyone to successfully navigate this Imagineered landscape.

The first consideration of real estate is as true in the Magic Kingdom as anywhere else: location, location, location! Even when other considerations have been met, an attraction can suffer from lack of attendance thanks only to an unfavorable park placement. An attraction placed on the far side of the park will not see many visitors before noon, though built to serve huge throngs. On the other hand, attractions that are near the main entrance, open during Extra Magic Hours (additional time that some pass holders can take advantage of before the daily ‘official’ opening of the park), and only subject to very minimal height requirements will be filled to the gills with far more guests than its lines are designed to handle. This situation results in incredibly long waits for very short rides, tipping the scale significantly toward preference and away from volume. A good rule of thumb to follow could be called “Disney’s Newness Constant.”

This law of crowd physics dictates that crowdedness and popularity are directly proportional to newness. In other words, the more recent the introduction of the ride, the more people will be attracted to it, regardless of the ride capacity it was designed for.

Not only physics goes into the management of crowds at the most Imagineered place on earth. Statistics, too, play a significant role; for instance, Disney planners assume a regular distribution of park patrons over its various areas in relation to the average amount of Disney personnel it takes to manage all of these locations. Weekend crowds significantly bring up the average and fill the rides (and lines) to bursting. On the low end of the average, there are the weekdays in the fall, where volumes are significantly less and wait times much less intimidating.

However, even during the times of highest crowd volume, guests in the know can enjoy rides and shows that are less-trafficked than others. For example, the rides at Animal Kingdom, Epcot and Hollywood Studios are almost universally quick to load and able to accommodate high volumes of visitors. Seemingly over-long lines at these attractions can mask the quick pace at which they move. To be perfectly scientific about it, it’s a question of capacity: some rides can only take under a thousand guests per hour while others can take multiple thousands.

Embarkation and disembarkation of rides is an important consideration as well. The way that guests get on and off varies widely between rides, and never more so than in the Magic Kingdom, which boasts the widest variety of rides from all points of reference on the volume-versus-popularity scale. The Haunted Mansion and Spaceship Earth are two rides, for example, that never stop. People board them as they roll slowly by at the same pace that they do inside the attraction. Both of these rides can accommodate at least two thousand people per hour thanks to their lengthy cars.

Other rides such as Space Mountain load at intervals, with cars loaded up, released, and relieved of their human cargo at fixed points.  Certain rides handle this differently. In space mountain, by the time new riders see the car they have already emptied; however, at Splash Mountain one group loads while the previous one disembarks via the opposite side. This can be a very efficient design provided it operates in just this way; on the other side of the coin are the “cycle loaders”, where the entire chain of cars or trolleys or boats must stop each time a new group embarks. Vacationers keen to avoid frustration would be wise to eschew the Prince Charming Regal Carrousel and Dumbo the Flying Elephant.

Knowledge Is Power In Your Planning

To understand the rides is very helpful in putting together a maximally effective park visit. Many vacationers want to experience as much as possible and only consider their experience a success if they are able to do so. The first consideration is people’s preference for the attraction.  Disney’s Newness Constant is borne out in the runaway popularity of new rides like Voyage of the Little Mermaid and the Seven Dwarves’ Mine Train at the Magic Kingdom. On the other hand, some rides still attract a lot of visitors after many years of service, such as Space Mountain. Knowing ahead of time how attractive a ride is, what are its periods of highest volume during a given day, and how well its lines are laid out is a major help in the pursuit of a well-executed family adventure.

The volume of a ride is a tell-tale sign, sometimes good, sometimes bad. There’s a direct relationship between sheer volume of passengers able to be accommodated in the course of an hour and the ride’s capacity rating. For some rides, the numbers generated by this formula are on a sliding scale thanks to the ability to add or remove cars. For others (such as the Tea Cups), there is no way of increasing or decreasing the amount of seats  – short of duplicating the ride as Disney has done with Dumbo in the New Fantasyland.

Use This To Your Advantage

By understanding ride capacity and throughput, you have a leg up on many other Disney World visitors and you can better plan to vacation to maximize what you can accomplish and the fun you can have.