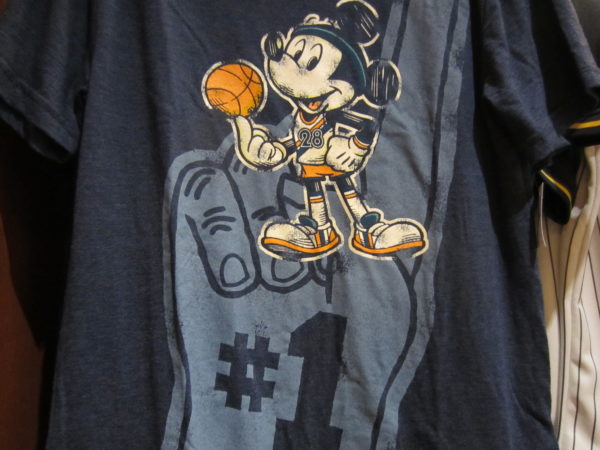 After 18 months of negotiations, the NBA’s Orlando Magic has reached a deal with Disney World, which will extend their existing partnership.

Starting in the 2017-2018 season and continuing until the 2019-2020 season, there will be a 2.5″ square Disney logo on the front left corner of all of the Magic jerseys. Disney is the team’s first jersey partner but Magic is the eighth NBA team to announce a jersey sponsorship as part of the NBA’s three-year pilot program for ads on jerseys.

If the NBA continues the program, there are renewal provisions in the current contract for Disney to continue their sponsorship. The Cleveland Cavaliers have teamed up with Goodyear for $10 million per year, and software company Infor is sponsoring the Brooklyn Nets for $8 million per year. While we don’t know the dollar amount for the Disney-Magic deal, it is said to be in the “upper echelon” among similar deals. This money will go towards basketball-related income, a figure that determines the league’s salary cap. The players get 51% of this income.

While the sponsorship may be new, this partnership isn’t. Disney has sponsored the Magic in other ways since the Amway Center, the prime sports and entertainment complex in Orlando, Florida, opened in 2010. The organizations work together to create outreach initiatives to benefit the local community making Central Florida a better place for its private and industrial residents.

It’s not just the players and Florida residents who will benefit though. The Magic hopes to make Orlando a world-class destination for sports. Since Disney World is already a world-class vacation destination, the partnership makes sense. Disney can make The Magic and vice versa giving both an expanded international reach. When The Magic travels the globe, the Disney logo will go with them. This really is a good deal for shared marketing opportunities and connecting fan bases.

Speaking of which, have you heard that DisneyQuest is closing to make way for the NBA Experience in Disney Springs? Well, DisneyQuest will close on July 3rd, and Disney has said that the NBA Experience will be taking its place. This area will be a one-of-a-kind basketball-themed attraction with hands-on activities for the whole family. There will also be a restaurant and a retail store; you can just about guarantee that the Disney emblazoned Magic jerseys will be for sale in the store!

The jerseys will also be available for purchase at Amway Center along with Annual Passes! That’s right, this sponsorship means that you can not only purchase but also renew Disney World annual passes while you enjoy a basketball game! If you purchase or renew an AP at Amway Center, you’ll also receive one of the jerseys.

Want even more? Annual Passholders will be eligible for seat upgrades during home games. The area that was previously known as the Southwest Airlines Flight Deck will be renamed Disney Passholder Porch for just this purpose.