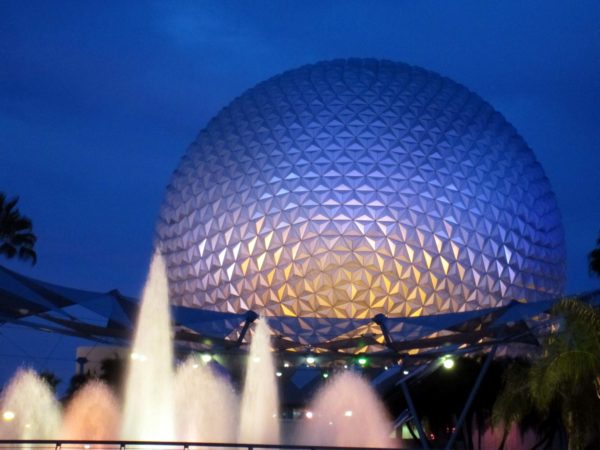 Spaceship Earth at dusk beyond the Fountain Of Nations

Disney World is recalling thousands of Cast Members who were furloughed due to the Coronavirus shut down, according to sources.

Unite Here Union Local 362, which is a union of attractions, custodial and vacation planning Cast Members at Walt Disney World, provided an update to its members stating that all Disney full-time attractions and custodian workers, in addition to many part-time employees, will be called back to work in June.

Disney won’t need initially water park employees or vacation planners (who sell tickets), but those employees will have options to transfer to other jobs.

The union stated that Disney World does not plan to bring back seasonal workers or restart the Disney College Program anytime in the immediate future.

The union also mentioned that Disney will not staff EPCOT’s World Showcase with workers from around the world, but instead will use local workers.

The union representative said that Spaceship Earth will reopen with EPCOT and that the ride’s extensive rehabilitation has been postponed indefinitely.

Eric Clinton, a representative of the union, stated that Disney will have a massive need for attraction workers and that there will be a lot of work for them to do.

Disney previously announced that it will eliminate fireworks, parade, and character meet-and-greets.  Cast Members will no longer be permitted to take photos with guest’s phones.