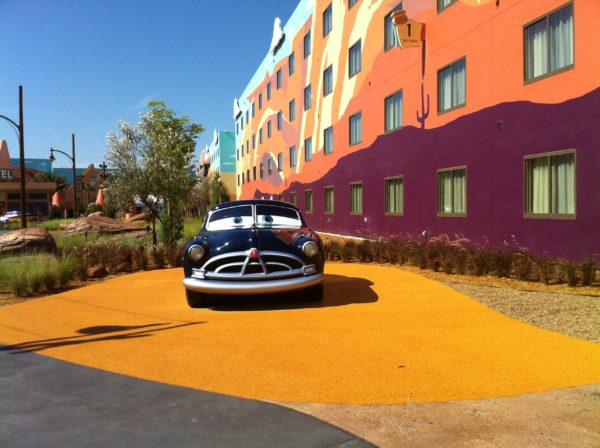 Disney World is Blurring the Lines of Resort Categories

A Disney World vacation can be one of the most expensive vacations you’ll take in your lifetime. You can also choose to go on a budget. Whether you splurge or save depends in large part on which category of hotels you choose.

However, it seems like Disney is blurring the lines of these resort categories more and more, and it leads me to wonder what the future of hotel categories in Disney World might look like.

Today we’re going to take a look at how Disney is blurring the lines of resort categories.

Instead, categories are differentiated in other ways.

Value Resort Hotels are, for the most part, standard hotel rooms. The rooms are in motel style with doors on the outside, two double beds, pools but no water slides, food courts, and bus transportation.

Deluxe Resorts are currently the only hotels with any type of transportation aside from buses. Villa accommodations also include kitchens or kitchenettes and laundry services.

You may have noticed above that I used words that are not absolutes. This is because there are more and more exceptions to these rules.

A prime example is Disney’s Art of Animation Resort. This resort includes both standard rooms and family suites. The standard rooms fit the definition given for Value Hotels above.  However, the family suites include interior rooms, two full baths, beds for up to six people, and a kitchenette.  They sound more like Deluxe Resorts.

What’s more, Disney’s Art of Animation and its neighbor Disney’s Pop Century Resort, both in the Value category, will soon get a form of transportation that has been reserved for Deluxe Resort Hotels when the Disney Skyliner opens this summer.

Another example is the newly announced Disney’s Riviera Resort Tower Studio rooms. These accommodations come at a deluxe price, but they don’t even have a real bed! Can Disney really market this room at this cost with such a difference in in-room amenities?

Disney’s Art of Animation Resort has been open for more than a decade now, but Disney’s Riviera Resort will open its doors at the end of this year. It seems like Disney might have to reevaluate their hotel categories. It doesn’t make sense anymore that a value resort family suite would have better accommodations than a deluxe compact studio.

Instead of clearly defined value, moderate, deluxe, and club categories, it seems like room levels are becoming more stratified within resorts. Now, it seems like Value Resorts might be better characterized by their use of movie theming with larger than life characters and structures. Neither moderate or deluxe resorts have such characters.

Will it be the theme and not the accommodations that characterize Disney Resort Hotels in the future?

Disney resort hotel categories are blurring – is that confusing?