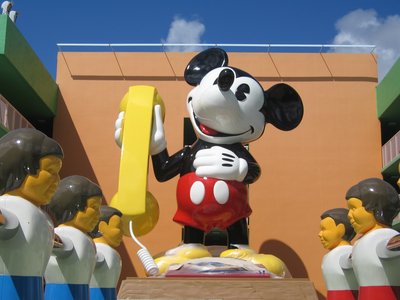 Here is some good news for anyone who has ever had a hard time accessing mobile service at Disney World: Disney Parks has announced that AT&T will be the official wireless provider for both Walt Disney World and Disneyland, and will beef up its wireless infrastructure.

So what does that mean?

It almost certainly means you will see more AT&T logos throughout the parks, as branding will be a big part of the agreement.

Disney and AT&T will also take this opportunity to educate people about the importance of not texting while driving. There were no details on how that educational message will get out. Perhaps something in Innoventions at Epcot?

But, perhaps most importantly, it will also mean improved wireless service. And that is important given the central role that each person’s smart phone will have in the new NextGen services and FastPass+.

From an infrastructure perspective, Disney and AT&T will install the following new equipment at Disney World:

The official press release and other articles state that Disney Cast Members will use mobile devices on the wireless network as part of how they deliver guest services. You can already see Cast Members using handheld devices, which look a bit like an Apple iPod Touch, at the new RFID entrance gates. It seems that the handheld devices are networked to the RIFD ticket readers. Cast Members will occasionally greet people by name after they scan their ticket, or will use the handheld device to help look up information where there are issues with tickets aren’t working as expected (like when someone uses a non-park hopper Disney World ticket to try to access a second gate in one day).

Are you happy to see extended mobile service at Disney World?