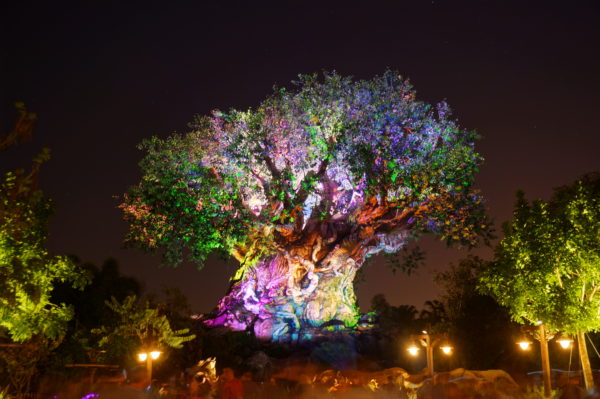 The whole country is preparing for the solar eclipse on Monday, August 21st, and Disney World is making some schedule changes.

Orlando is not in the path of totality, but the eclipse will be about 85% in and around Disney World. The moon will start to cross the sun’s path around 1:15pm and will be out of the path around 4:30pm. That means that, for about three hour, there will be some bit of darkness with the most darkness happening around 2:50pm.

Most areas in Disney World are prepared for darkness (since they are open at night), but interestingly, there are some areas that are not.

Here are the schedule changes for Monday, August 21st.

Tom Sawyer Island in Magic Kingdom‘s Frontierland will close at 2pm, just as darkness is really setting in. The island will be close for the rest of the day.

Everything else will go as planned. This may be the only time that you’ll get to see Disney’s Festival of Fantasy parade in darkness!

The trails on Discovery Island, Gorilla Falls Exploration Trail, and Maharajah Jungle Trek will all close around 1pm before the eclipse starts and are expected to reopen after the eclipse is over.

The eclipse will trick the animals into believe that it is actually nighttime, so those who sleep at night will likely sleep through the event. However, those animals who are active at night, like bats, might act strangely during the eclipse.

Disney World’s water parks aren’t set up to fully operate at night, so areas that don’t have additional lighting will close.

At Blizzard Beach, areas without extra lighting will close, but there will be activities in the beach area where Disney will bring in extra lighting.

Disney is suspending all lake activities during the eclipse, so Sammy Duvall’s Watersports Centre will be closed from noon to 5pm, and ferry transportation will also be suspended.

The marina at Disney’s Grand Floridian Resort & Spa will also be closed on Monday.

All attractions will operate as normal in Epcot.

There are no schedule changes in Disney’s Hollywood Studios either.

Will you watch the eclipse on Monday?  Rather watch it from Disney World?