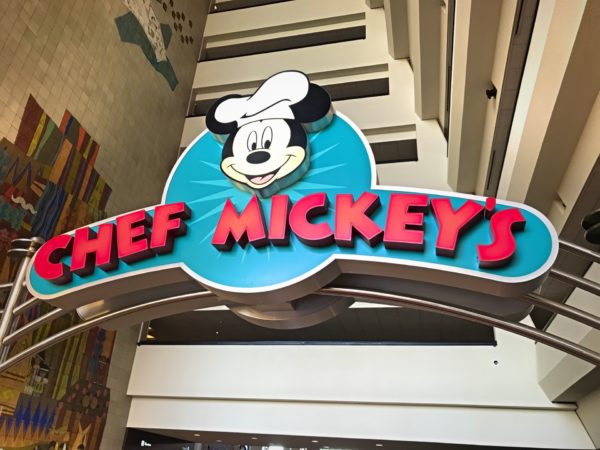 The History of Character Dining at Disney World

One of the earliest Disney memories I have is sitting around a table eating breakfast with my family while some of my favorite Disney characters came up to greet me.

Back in the 90s, dining with a character reservation made any kid feel like royalty. Although Advanced Dining Reservations were needed back then, nothing compares to the planning that is required to secure a character dining reservation today.

I recently stumbled across some photographs of a visit to such a breakfast and thought about how simple a Disney trip used to be; it didn’t help that I had a family to book everything and make sure we were on time, all while I was being pushed in a stroller, but that is beside the point! It also got me thinking: how did we get here? How did we get to a point where every park has character dining experiences? Did it always require 180+ days to plan? Let’s take a look!

For those who may not know what the Disney term “character dining” means, it refers to a table service meal that also features a specific group of characters.

The characters take time at each table in the restaurant. At any given point during your meal, the characters will switch to assure you see whomever the featured characters are. Typically, there is an upcharge on the price of the meal at these locations, and most tend to be an all-you-care-to-enjoy buffet.

By the mid-1970s, it was clear that Walt Disney World both wanted and needed to explore the idea of expanding.

Disney Springs Started It All

One of those ideas was the development of an area dedicated to shopping and dining. The new development would be called Lake Buena Vista Shopping Village (formerly Downtown Disney, and known as Disney Springs today). The Village would look to tap into the shopping fad of 70s/80s shopping malls but with a slight Disney twist. Although located near the Parks, the idea was to have an area where guests could go that would let them know they were in Disney but not to the same degree of in-your-face theming that the Magic Kingdom featured. The idea seemed like it would be a great way to bring in a number of different demographics. Teenagers would be excited to see the idea of a new shopping mall while on vacation. Adults could feel like they have a place to walk around and shop at night, and it gave families a place to dine that wasn’t located behind the gates of the Magic Kingdom. It appeared Disney had hit a home run.

In 1975, just four years after the opening of the Magic Kingdom, Lake Buena Vista Shopping Village opened. It didn’t take long for Disney executives to discover that the Shopping Village was a bit of bust. Several issues pointed to the slow start to the area. The Village’s non-Disney name, the lack of theming, and lack of stores thought to be high quality were just a few of the problems. There was also an issue of getting Disney guests to go to the village. Some thought the Village had nothing to do with Walt Disney World and those who did go to the shops did not view it as something they would return to or as a “must-see”. This idea would prove to be a problem for the development, really until Michael Eisner took over as CEO of the Walt Disney Company in the 1980s. The Shopping Village would change names several times, finally hitting a good stride when it was transformed into Downtown Disney and, ultimately, Disney Springs we see today (something I say is a 100% must do). Sadly, it took nearly 40 years for Lake Buena Vista Shopping Village to fulfill the original expectations of the Imagineers and executives. There are a few holdovers from the original Buena Vista shops that are still present in Disney Springs. One of which is the exterior design of the buildings and surrounding areas that would appear more as a non-Disney property than observed in the parks. Another key idea that snowballed into a huge success, indirectly I may add, the original idea of character dining.

Leading up to the year 1977, crowd levels were hit or miss at Lake Buena Vista Shopping Village. Between the 1970s-early 2000s, Walt Disney World, in general, was susceptible to an increase or decrease in crowds simply due to seasonality. Long before events like Mickey’s Very Merry Christmas Party or The Osborne Family Lights, Christmas time tended to be a slow time for Disney World. Ideas on how to get families to vacation at Disney during this time were considered. One of these ideas involved the use of the fairly new Lake Buena Vista Shopping Village. Disney executives thought if they could involve Santa Claus, it would help to draw some families into certain areas of the resort. In 1977, it was decided that there would be a Breakfast with Santa option for families. The idea worked. Families would line up for the chance to dine with Santa. The problem? The Christmas season only lasts a handful of weeks.

By 1978, Disney was searching for ways to continue the success of Breakfast with Santa. It was decided that breakfast with Snow White would replace Santa during the rest of the year. The breakfast took place at Empress Lilly (today’s Paddlefish) and quickly became a huge success.

As time went on, it was apparent that Disney had landed on something big with the idea of character dining. In order to accommodate all of the interest, other character dining experiences started to pop up around Disney World. The first expansion was at Disney’s Polynesian Resort: Minnie’s Menehune Breakfast at the Papeete Bay Veranda (believed to be ‘Ohana today).

Research also showed that the Contemporary Resort got in on the action around 1977 closely resembling the character dining buffet we see today.

Throughout the late 1970s and early 1980s, character dining appeared to Disney that the idea could develop into a huge market. Online research showed that although these dining experiences were popular, there was still no requirement for guests to make reservations – boy, how things change.

Around 1990, the original site of character dining, Lake Buena Vista Shopping Village (Village Restaurant), was brought back into play with the opening of Chef Mickey’s. The new restaurant became a huge hit with guests. Mickey Mouse would walk around the restaurant in a chef’s hat and greet guests as they dined. The restaurant moved to Disney’s Contemporary Resort in 1996 where it still sits today.

Character Dining in the Parks

By this time, the focus of the Walt Disney Company switched gears to put emphasis on the parks.

That same year, The Crystal Palace switched from a cafeteria-style to a buffet with character dining. Chef Mickey’s and Crystal Palace may be the best examples, in regards to restaurants, of Disney’s marketing in the 1990s and 2000s. For those of you who remember the old days of FREE (yes, free) vacation planning VHS tapes or ABC’s hit Friday night TV Block “TGIF”, may have routinely seen Chef Mickey’s or Crystal Palace as one of the highlights.

As the success of Chef Mickey’s carried the character dining idea into the mid-90s, there were more opportunities for guests to choose from. Today, we see well over 20 dining locations that offer character meals. Some of these locations are harder to get into than others, but all of the spots require some planning to guarantee a table. Each of the four parks at Walt Disney World offers at least one character dining option in addition to several of the resort hotels. Many of these spots are viewed as having great theming with excellent food.

It’s a bit ironic that as more locations were added, the need for an Advanced Dining Reservation has increased. If you are looking to get into a dining location with some of the main characters (like Mickey) or some with better reviews (1900 Park Fare or Garden Grill) Disney suggests making a reservation at the earliest possible date you can (check your MyDisneyExperience profile). No matter which character dining location you choose to attend, one thing is for sure: if you want to meet characters like Winnie the Pooh, Cinderella, Snow White, or even Mickey himself, there is a better way than standing out in the Florida heat for an hour…and it involves food!

Are you a character dining fan?  Your favorite?