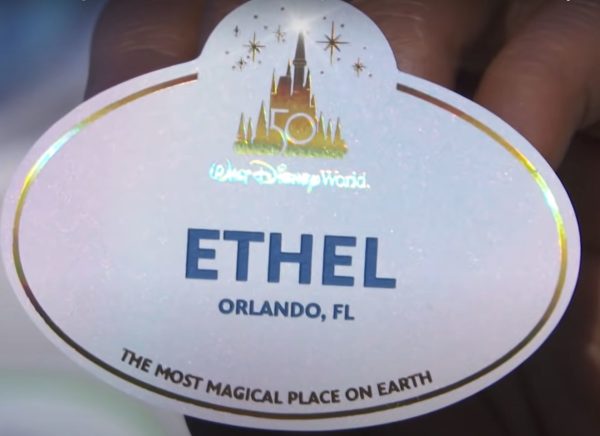 As part of The World’s Most Magical Celebration (aka 50th Anniversary celebration) at Walt Disney World, Disney will give Cast Members new nametags in the fall.

The nametag will feature an iridescent shimmer as well as the castle logo and gold accents.

Disney released this video, which shows the special manufacturing process the company uses to create the unique design: