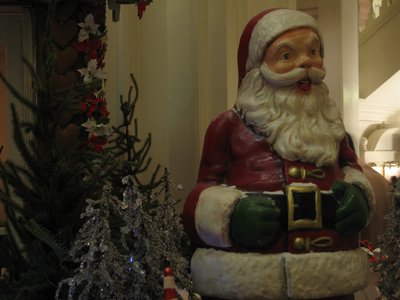 The company updates the Disney Look regulations on occasion.  The update allows male employees to have a short beard – one that must be less than a quarter inch in length and must be fully grown in.  It also allows for casual dress on Fridays for officer workers (Source).

What is all this about?  The “Disney Look” is a set of appearance guidelines that all Disney employees, or cast members, must follow.  They are described as requiring a friendly, natural, clean, and classic appearance, and are outlined on the Disney College Program web site (Source).

Disney is known for controlling their environments very closely.  From the details they add to rides to the quality they require from manufacturers making toys with Disney characters, Disney drives hard on the details.

They ensure that everything comes together to support the quality that the Disney brand represents.  They want to make sure that all they do screams out quality, family entertainment.

The regulations of the Disney look on appearance are no different and are quite extensive.

Here are some of the requirements for men:

Here are some of the requirements for women:

This History Of The Disney Look Guidelines

The Disney appearance guidelines go back to Mr. Walt Disney himself.  He wanted to make sure that his theme park didn’t look shabby and like it was run by a bunch of “carnies” or vagabond carnival workers.  Back during that time, nearly all amusement parks were viewed by the public as shabby and dirty places.  A folklore story says that Ms. Walt Disney once asked Walt why he wanted to build an amusement park when they were such dirty places.  Walt responded that his would not be that way.  And he worked hard to ensure that it wasn’t – it truly broke the mold in offering a different type of experience.

Fighting Against The Man

I’m not sure when generally accepted good grooming standards suddenly became controversial, but I guess it goes hand-in-hand with a “whatever I think is right, is right” attitude that many people believe.

My take?  If you don’t like the guidelines, don’t get a job at Disney and choose not to visit their theme parks.  Most folks appreciate the clean and friendly look of the place and the people at Disney World.  It is part of what makes Disney special.