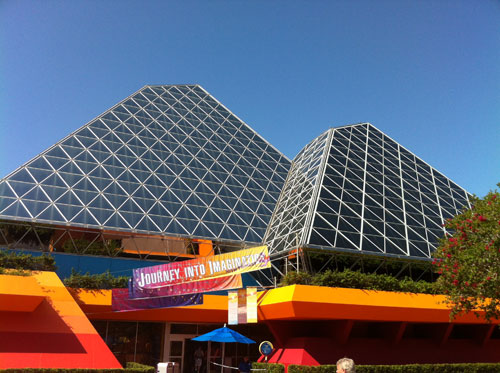 Top Five Disney World Attractions Most In Need of A Refurbishment

If you’ve ever read my blog, heard me on the World of Walt Podcast, or listened to my Podcast over at eartotheretravel.com, you know that my main focus is being completely honest when it comes to Disney and Walt Disney World. My goal is to help you, the reader or listener, have the absolute BEST time you possibly can have on your Disney vacation, whether that’s to Walt Disney World, Disneyland, the Disney Cruise Line, Aulani, or Adventures By Disney.

I know your time on vacation is very valuable, therefore I don’t want to point you toward experiences you may not absolutely love.

That’s why this week, I chose to write about 5 Walt Disney World Attractions Most In Need of A Refurbishment. Here we go!

This one is an opening day attraction that goes all the way back to 1971. The name and sponsors have changed a bit over the years, but the attraction is basically still the same as it was back when the cost of a gallon of gas was 36 cents!

I’m not advocating for this entire attraction to be torn out, I know the vast majority of parents who have children under the legal driving age consistently wait in fairly long lines for this experience so their kids can “drive” a car.

I just think the theming can be changed a bit so the attraction could become a little more relevant to today’s audiences. Maybe change the vehicles to look like the Cars characters from the popular Disney Pixar films? That way you could add quite a bit of scenery from the movies to help make this a better themed experience. And for those who think that Cars doesn’t belong in Tomorrowland, I agree, but neither do Monsters Inc. or Toy Story and they are fairly heavily represented in the land!

I’m sorry but this attraction is really just taking up and taking away theming from an otherwise very well-themed Adventureland. Magic Kingdom already had two spinning attractions in Dumbo the Flying Elephant and the Astro Orbiter when this was first added to the park, and the addition of the second Dumbo makes this attraction completely unnecessary.

I think WDW’s brass would be best to remove this attraction completely. A small stage show could be added with live performers or even a seating area or food kiosk would make more sense in this location.

As it stands right now, the Magic Carpets of Aladdin just take away from the whole ambiance of Adventureland. If you don’t believe me, check out what Adventureland in Disneyland is like. Without the metal monstrosity in the middle, Adventureland feels like it should, like you’re in the mysterious parts of the world where you can find adventure and mystery around every corner.

The problem is, it’s long…really long! The show runs for around 45 minutes, and these days that’s just way to long of an attraction to hold an audience’s attention. I honestly think most guests ride this attraction to take a long, air-conditioned break from the hot Central Florida sun.

The thing is, this pavilion is HUGE. There is a ton of potential in that area to put in a new, educational-style attraction about energy and its uses in this day and age. Or it could even be completely refurbished with a new storyline while keeping things like the enormous Dinosaur audio animatronics.

I’m not sure a full re-do of this attraction is in the cards for Walt Disney World, but I think it should be!

4 – Journey Into Imagination With Figment (Epcot)

Disney and Epcot purists have been calling for the return of the original Journey into Imagination starring Figment and the Dreamfinder ever since that attraction closed in October of 1998. While I don’t think that’s ever going to happen, Walt Disney World Imagineering sure could improve upon what it has in that space now.

The current attraction is a mashup between the middle and often forgotten 1999-2001 version of the attraction (Journey Into Your Imagination) and the original character and spirit of Figment, the famous purple dragon.

While it’s a cute attraction, it doesn’t come close to the level of entertainment that many of the other Epcot pavilions provide. Sure, I’ll ride this one with my children several times during our trips to catch Figment and the music, but that’s about it.

Judging by the lines (almost always non-existent), I think a lot of guests feel the same way I do!

What other attraction could possibly be number one on this list? Stitch’s Great Escape has been somewhat of a disappointment ever since it made it’s Magic Kingdom debut. This attraction may have been better suited somewhere else as it sure didn’t help that it replaced a Disney cult favorite, the Extraterrorestrial Alien Encounter.

Instead of gutting the Alien Encounter show and putting in a new show altogether, Disney re-purposed many of the props, effects, and characters from the beloved previous tenant. So what we have now is an attraction that still looks a lot like Alien Encounter, but definitely isn’t Alien Encounter!

Don’t get me wrong, I’m a fan of the Disney film Lilo & Stitch and of Stitch himself, but this attraction has simply been a skippable one for me and tons of Walt Disney World fans for way, way too long!

With all of the announced big changes that are already coming to Walt Disney World like Star Wars Land, Toy Story Land & The World of Pandora, and the newly opened Soarin’ and Frozen Ever After attractions, it doesn’t look like any of these big refurbishments that I’ve mentioned are on the horizon at the moment.

The next time you’re in Walt Disney World and you only have time for one more attraction and one of these that I’ve mentioned is on the list of ones you have yet to do, maybe you’ll feel a little bit better about skipping them. I know I would!

Do you think Disney should refurbish Journey into Imagination?