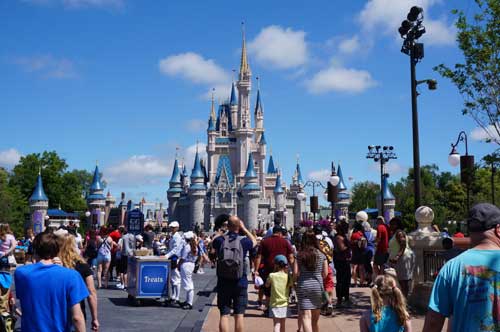 Disney World Attendance Drops But Profits Are Still Up

The Walt Disney Company announced its first quarter financial results on May 10.  There was some interesting news for Disney World fans.

Fewer people visited the Walt Disney World Resort in Florida for the January to March, 2016 quarter as compared to the same period last year.  You read that right.  Attendance at Disney World dropped.

Disney reported that overall US theme park attendance was flat.  Attendance at Disneyland was up and attendance at Walt Disney World experienced a “modest decrease.”

Disney also announced that the company’s expenses at the parks were up due to higher labor costs as well as depreciation, or accounting cost allocation, associated with new attractions.

In addition, Disney pointed to opening expenses for the Shanghai Disneyland Resort in China as another factor in its overall under performance.

Even with attendance down at its park, the overall revenue for the Disney Parks & Resorts division was up by 4% because prices went up, and those who still visited spent more money.

The theme park division brought in $3.9 billion in sales, and it’s operating income increased 10% to $624 million.

Revenue in the company’s film division was up 22% thanks to “Star Wars” and “Zootopia.”

Disney also announced that it was going to discontinue its Disney Infinity video games.