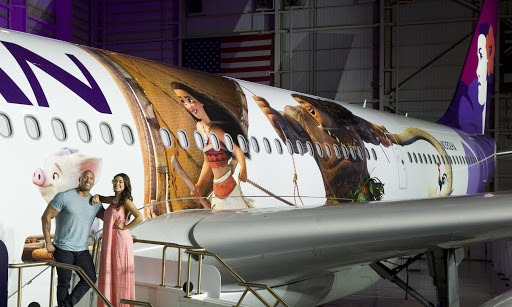 Disney World And Aulani? Hawaiian Airlines to Fly From Orlando to Honolulu

The 9+ hour flight will take off roughly two times a week, with one flight being considered a redeye and others taking place during daytime hours. Hawaiian Airlines had the following to say about the upcoming route:

“All guests will enjoy island-inspired complimentary meals and the roominess and superior comfort of Hawaiian’s 278-seat Airbus A330 aircraft, which feature 18 First Class lie-flat leather seats arranged in a 2-2-2 configuration tailored for couples, families and honeymooners, as well as business travelers. Hawaiian’s A330s are also equipped with 68 of its popular Extra Comfort premium economy seats providing more legroom and enhanced amenities, in addition to 192 Main Cabin seats.”

This new route from MCO to HNL will be perfect for any guest wanting to stay at Disney’s Aulani Resort also located in Honolulu. Disney Cruise Line guests routinely add Park days to their magical vacations, combining fun at sea with Disney Park fun. Hawaiian Airlines has just made it easier to enjoy Disney Parks one day and Hawaiian beaches the next!

Would you fly on Hawaiian Airlines new route from Florida to Hawaii?