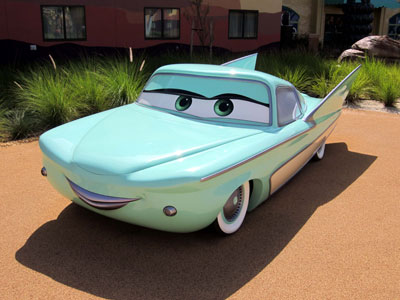 How Disney World Almost Ended Up 80 Miles To The North

Shortly after the opening of Disneyland in 1955, Walt Disney stared to look for a location for an east coast park. After all, only about 2% of the visitors to Disneyland came from east of the Mississippi River.

One of the first decisions that Disney needed to make was where to put his new park. Of course, given the importance of the decision, the company explored many options over the course of several years, including setting up shop in New York and Niagara Falls.

If you are a frequent reader of World Of Walt, you already know the fascinating story about how Disney World almost ended up in St. Louis, but that location fell through too.

According to the Gainesville Sun and an interview with James Clark, Disney’s list of locations eventually came down to two top contenders: Orlando and Ocala, Florida.

If you aren’t familiar with Ocala, that is understandable. The Ocala Metropolitan Statistical Area, including the city proper and surrounding area, had a population of just over 300,000 in 2012. Compare that to the Orlando area, which has a population of about 2.1 million according to 2010 figures.

That was the same day that President Kennedy was shot.

Some speculate that if Kennedy had been killed a day earlier Walt Disney might have cut his trip to Florida short and skipped the review of Orlando. It is possible that, in that scenario, he might not have considered Orlando as closely.

Walt had a way of seeing things differently.

In the same way, most people at the time just saw Central Florida and the Orlando area as an endless expanse of swamps, alligators, and scrub brush, but Walt saw a growing transportation infrastructure that could bring the masses to his new park.

While Ocala had US Route 301, a road with plenty of starts and stops, Orlando would soon have Interstate 4, a controlled access highway that would more effectively connect the Orlando area to the rest of the US.

Many say that it was the future transportation improvements that caused Walt to ultimately select Orlando.

Today, nearly 150,000 jobs in Florida are attributed to Walt Disney World. About 60,000 of those jobs are direct employees of Disney while the rest are with third parties that support Disney. Disney management estimates that Walt Disney World creates in upwards of $20 billion in economic activity.

All of that money flows through Orlando, and not Ocala because Walt flew over the area and considered the impact a future road would have.

Are you glad Walt selected Orlando and not Ocala as the site for Disney World?