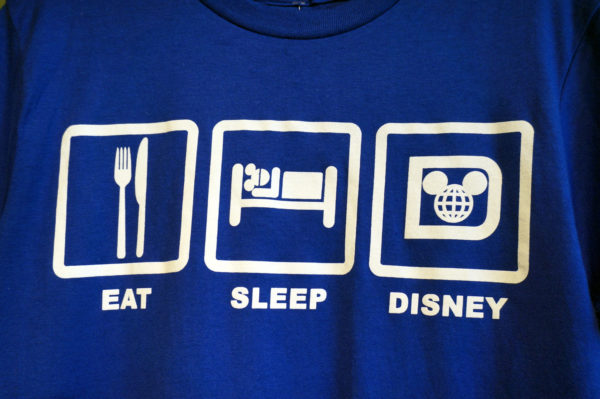 Five Tips for Getting Through Disney Withdrawal

In my opinion, there are two major stages a person experiences after coming home from a Disney trip. In the first stage, you’re grateful to be home. You’re no longer running around in the heat trying to make FastPasses or Dining Reservations, you’re no longer shelling out tons of cash for souvenirs you’re likely to throw away in a month, and you miss sleeping in your own bed (or, if you’re like me, you miss your pets).

However, it’s not long before the second stage hits. You come back from a day at work, and Mouskeeping hasn’t come to clean up your room. You must cook dinner because you don’t have an ADR (Advanced Dining Reservation). You set your alarm early, not because you want to hit rope drop, but because you have a million errands to run.

Sadness starts to creep in, and soon you find yourself shopping in the fruit section, picking up pineapples just to get the scent of a Dole Whip. You wait in the check-out line and pretend you’re in the queue for Space Mountain. You pick up your phone and instead of making that dentist appointment you should have made months ago, you find yourself checking the Disney wait times app, just for fun.

There is a phrase for this, one which I learned soon after I left Disney after working there for six months – PDD, or Post Disney Depression. A more common expression of this is Disney Withdrawal.

Luckily, other than shelling out a few thousand bucks until the next trip to Disney, there are some things you can do to help alleviate this pain. Here’s what I find helpful:

There is an app titled “SorcererRadio” for your phone or iPad that plays Disney music from the parks and movies. Just hearing the background music for Hollywood Studios, or the audio from Soarin’ Around the World, can instantly lift my spirits, and I usually play them on my commute to work- it brings just a tiny dose of the magic into my daily routine.

There are also lots of Disney videos on YouTube that will play just the audio from the parks, and Disney has a few theme park soundtracks you can buy on Amazon or iTunes. If you close your eyes while listening to any of these whimsical tunes, you can almost transport yourself back to vacation.

There are a few scents out there that just scream “Disney.” A few of these are the musty water smells from the Pirates Of The Caribbean ride, or the scent of “Rome Burning” in Spaceship Earth. If you search Etsy, you’ll find a few people who have capitalized on this idea and have created a bunch of candles to make you feel as if you’ve just walked past the Main Street Bakery, or walked into the lobby of the Beach Club Resort. I have the “Rome Burning,” candle, and while it does give me a headache after a while, it definitely smells exactly like the ride.

3 – Wearing (or Watching) Your Memories

So what if those ears, or that Grumpy sweatshirt, isn’t appropriate to wear anywhere outside of Orlando Florida? Wear them anyway, even if you just lounge around the house in them. Wear those Mickey ears, or your magic band, when you run an errand. You might feel silly, but at least you’ll feel more magical!

If wearing Mickey ears to the drugstore makes you feel too weird (I get it, I’m shy), then take a moment to sit down and sort through all those photos and videos you took while in Disney. Post them on Facebook and Instagram and make your friends jealous. Create a scrapbook of your favorite moments. Keep notes of what you didn’t capture on camera, and make that as an excuse to go again and get that perfect Disney shot. This is a great way to smile through your tears, especially if you view fireworks pictures while listening to fireworks audio.

4 – Spend Time with the Internet

I spoke of YouTube before, but there’s more than just Disney audio on there. You can watch Disney “vlogs,” vacation-planning videos, ride POVs, Disney merchandise hauls, dining reviews- anything you can think of. Trust me, I’ve spent hours scouring YouTube for the best Disney content out there, and I have a list of favorite Disney vloggers (video bloggers) that I watch every day.

Aside from YouTube, there are plenty of Disney websites that talk about the latest Disney news, or websites from people just writing about their personal vacations. I started my own blog, partly in an effort to keep the magic alive during the days where I’m not at Disney (but mostly because I love writing). If you like participating in social media, there are plenty of Disney forums and Facebook pages that connect you with other Disney lovers- I found a huge Disney online community out there, with people of all ages. Most of them are friendly.

If the internet isn’t your thing, there are lots of books on Disney-related subjects: first-hand accounts from Cast Members, history on Walt Disney and his parks around the world, history on Disney movies, artwork-based coffee table books- you name it, it’s out there.

5 – Plan Your Next Vacation

Even if you don’t have the money or the time just yet (and even if you just got back yesterday), sit down and start planning your next vacation. Think of the things you didn’t get to do this trip, and plan them for next time. Research new rides or shows that may be opening in the next few years (with Disney, there is ALWAYS something new on the horizon, such as Star Wars land opening in 2019). Visit websites, watch planning videos, download the MyDisneyExperience app and plan Fast Passes way ahead of time- no harm ever came from being too prepared, right?

These are just some of the things I do when I can’t get my hands on the nearest Dole Whip, or look out my balcony to watch Illuminations, or lay my head down on a Disney Resort pillow.

How do you combat Disney Withdrawal?