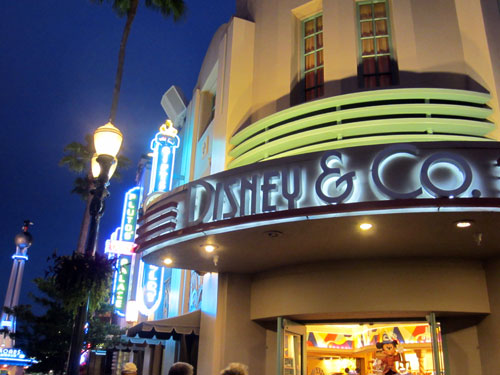 Disney saw a noticeable drop in attendance for the first half of 2016. Whether this had to do with a string of tragic events in the Orlando area or a dramatic raise in one-day ticket prices (or perhaps a combination of both), we will probably never know.

What we do know is that Disney seems to be moving more slowly than its cross-town rival, Universal Studios Orlando.

Let’s take a look at some recent events:.

Even though Disney regularly increases ticket prices, they recently raised their prices more aggressively than ever. While a one-day park-hopper is still less than a comparable ticket at Universal Studios, this came as a shock to many Disney-goers’ wallets.

While ticket prices are soaring, at this moment in time there’s actually less to see and do. Several attractions in Disney’s Hollywood Studios have been shut down to make way for Toy Story Land and Star Wars Land. In fact, many people say that this park is only a half-day park now.  The main attractions still drawing in the crowds are Twilight Zone Tower of Terror, Rock ‘n’ Rollercoaster, Toy Story Mania, and Star Tours.

This had a domino effect, making the lines for these attractions longer. Disney has tried to scramble up some temporary entertainment in the Studios.

With closings taking place over the last year or so, Disney still has not given its fans a completion date. This doesn’t seem too bad until you consider that Universal Orlando completed two phases of The Wizarding World of Harry Potter in two years each. In four years, Universal built two completely new lands from the ground up.

It’s a trend for Disney to take a long time building things. Are they moving quickly enough?

Disney’s Typhoon Lagoon, the country’s most popular water park, recently closed its unique Shark Reef attraction, which allowed visitors to snorkel with an array of fish as well as nurse sharks. To be fair, we don’t know yet if this will be seen in hindsight as a bad move, but closing down such a special attraction is definitely a questionable move given everything else that is closing around Disney property.

When Universal completes its new Volcano Bay water park, which will open soon, the attraction-filled park will provide a comparable vacation experience to Disney with very few shortcomings.

Disney’s Shark Reef closed to make way for Miss Fortunate Falls, a family raft ride that Disney has been talking about for quite some time now. Everyone loves a new raft ride, but does it really replace the unparalleled experience of snorkeling with sharks?

Disney’s Animal Kingdom is another theme park that has brought some disappointment lately.

The highly anticipated Pandora – Land of Avatar is “coming soon” with no clear end date in sight – although we seem to be inching closer and closer to an opening date.  The delay of the Rivers of Light nighttime spectacular show this summer was an issue. The placeholder, Jungle Book – Alive with Magic, didn’t seem to wow the crowds.

While Animal Kingdom opened at night for the first time in a long time, the Street Parties and Tree of Life Awakenings weren’t enough to draw the crowds, and Disney has decided to return to normal operating hours as a result.

The Main Street Electrical parade, a Disney World classic since 1977, delighted Florida guests for the last time on October 9th, 2016. While it will return to Disneyland, its original home, for a limited-time engagement, all signs point to its official end in Disney World. Rumors suggest that the beloved parade might return for the 50th anniversary in 2021, but a lot can happen in five years.

Hopefully, Disney will replace the Electrical Parade with something much more impressive and innovative. However, nostalgic guests will still long for the good old days. There is a time and place for “out with the old,” but perhaps this wasn’t the time and the already shrinking Disney World wasn’t the place.

I’m not a pessimist when it comes to Disney World.  I’m not suggesting that Disney is in a downward spiral.  I think that Disney employs a lot of very smart and very creative people.

However, I do think that they need to take a serious look at their decisions and make sure that they can deliver bigger and better alternatives.  The competition is getting tougher.

Universal Studios plans to open Volcano Bay on June 1st, 2017, with other new attractions and rides coming next year and in 2018 as well. Besides Pandora, Disney doesn’t have any new attractions planned for at least two years.

Is Disney going to lose some footing in its long time run of the best, most visited theme parks in the industry?  Time will tell.

Do you think Disney is falling behind its rival, Universal Studios?