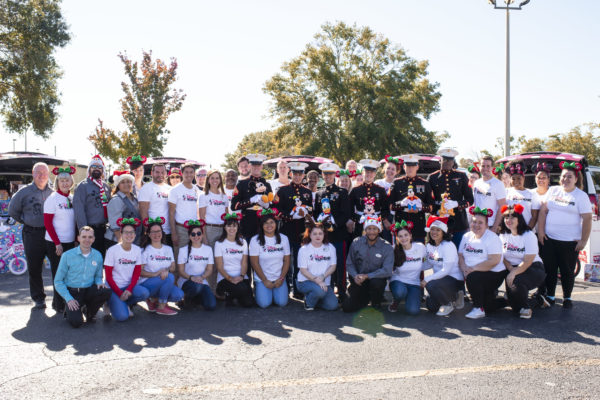 More kids than ever before registered this year, and all of them will receive a toy thanks to Disney World Cast Members and their partnership with the US Marine Corps.

VoluntEARs have been helping out in the local community for 35 years, but Disney’s relationship with Toys for Tots goes back way farther than that.

In fact, Walt Disney created the original red train logo upon the program’s founding in 1948, and it’s still used today. The Walt Disney Company has been involved with the Toys for Tots program since its founding all those years ago.