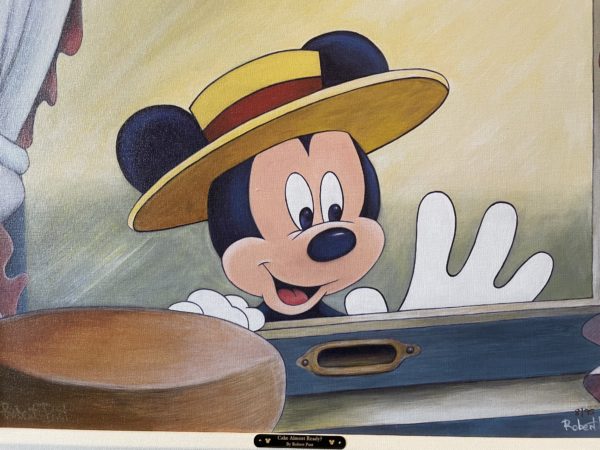 Art of Disney - Mickey looking through window at cake

These changes are part of the company’s inclusion efforts:  Inclusion is now one of the keys to how Disney Cast Members are trained in their job, joining the original Safety, Courtesy, Show, and Efficiency keys.

Josh D’Amaro, the Chairman of Disney Parks, Experiences and Products, wrote the following on a Disney Parks Blog post:

We want our guests to see their own backgrounds and traditions reflected in the stories, experiences and products they encounter in their interactions with Disney. And we want our cast members – and future cast members – to feel a sense of belonging at work.

That means cultivating an environment where all people feel welcomed and appreciated for their unique life experiences, perspectives and culture. Where we celebrate allyship and support for each other. And where diverse views and ideas are sought after as critical contributions towards our collective success.

But as with everything we do, this starts with actively listening, learning, and working with our cast and guests to imagine the possibilities.

In 2019, we actively solicited input from our cast members from all over the world – to bring a greater focus to inclusivity and belonging for our cast. They brought forward more than 100 ideas, including one I’d like to share with all of you today.

Here are some of the details:

Disney will now allow visible tattoos, except those on the neck, head, and face.  They must be smaller than the Cast Member’s hand when fully extended with the fingers held together.

Disney will not allow tattoos with nudity, offensive or inappropriate language or images, or that violate Company policies (including policies prohibiting discrimination and harassment based on race, color, religion, sex, sexual orientation, gender identity, national origin, ancestry, age, disability or any other protected category).

Disney released this video explaining some of the changes.

This is just the beginning as we continue to work toward a world where we all belong – including a more diverse and inclusive Disney Parks, Experiences and Products. There’s more to do, but we’re committed to listening, learning and making meaningful improvements.

The world is changing, and we will change with it, and continue to be a source of joy and inspiration for all the world. We’ll never stop working to make sure that Disney is a welcoming place for all. I’m excited about where we’re headed, and we’ll have more to share soon. Thank you for joining us on this journey.

Disney has updated the “Disney Look” policy in the past.  In May 2012, Disney Parks first allowed men to wear beards.