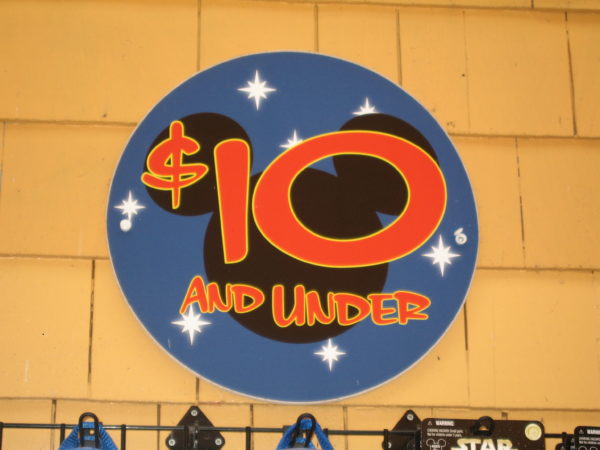 Ten dollars and under store at Downtown Disney

As you probably know, we’ve been following the saga of the negotiations between the Service Trades Council Union, which represents more than 35,000 Disney World Cast Members, and Disney World.

The union says that its members require higher pay and a living wage; Disney says the immediate pay increase the union is requesting would stifle development. Disney proposes a gradual increase that would meet the union’s request by 2021.

Let’s take a look at a couple updates on the situation.

Besides wages, a main point of contention is that Disney gave a $1,000 bonus to all of its Cast Members last year after the company was given some major tax breaks under the new tax laws. Non-unionized employees got their bonuses, but those who are unionized have not received theirs yet. Disney says they’ll receive their bonuses when the two sides reach an agreement.

The union says that Disney is holding the bonuses hostage, and that this is an unfair labor practice. They filed a complaint in February – even though labor law professionals said it would be a hard fight to win.

Indeed, that was the case when the NLRB determined that Disney World did not violate any labor laws by withholding this bonus.

Talks are set to resume on June 8th.

The Bern and the Ballot

On stage with Sanders were members of several different unions who are trying to push a ballot that will require some larger employers to pay at least $15 per hour. The group collected 21,000 signatures, greatly exceeding the 10% or 13,150 they needed to get on the ballot. If the Orange County, California Registrar of Voters verifies the signatures, which must be completed by June 14th, and the law is adopted, it would go into effect on January 1st, 2019. At that point, salaries would increase $1 an hour for three years making the minimum wage $18 an hour. After that, annual raises would reflect the cost of living.