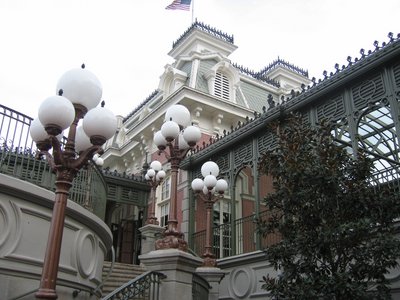 Tours allow veteran resort guests to see the parks in a new way, or help to inspire new visitors with an insider look at Disney magic.

Tours range from about one hour to a full day, and most should be reserved in advance to ensure availability. Many tours are an informative look at the technology or history of Walt Disney World, while some are just plain fun. Special tours are not included with the price of park admission, so be sure to budget additional vacation funds if you plan on joining a tour experience.

You might be surprised to learn about the large number and wide array of Disney tours available.  Let’s take a look.

Backstage Magic is a marathon tour that takes guests through the behind-the-scenes secrets of all four Walt Disney World theme parks. During the seven hour experience, you will visit the tunnel system (known as the Utilidors) beneath Main Street U.S.A. at Magic Kingdom, explore the technology behind the audio-animatronics at the American Adventure at Epcot, and get an insider look at the design of the Twilight Zone Tower of Terror at Disney’s Hollywood Studios.

The tour provides lunch at the Whispering Canyon Café at Wilderness Lodge, and ends with a look at Mickey’s Jungle Jammin’ Parade at Animal Kingdom. Park admission for the parks is not required for the tour, but guests will need a pass to visit any of the parks before or after the tour. The informative nature of the tour and the extensive walking required has led Disney to limit the experience to guests age 16 and up.

This interactive tour takes guests around Magic Kingdom on a journey to save the land from the evil plotting a villain from a famous Disney film. Disney recommends the tour for children between the ages of 4 and 10, and their family members. Part scavenger hunt, part puzzle, this guided tour takes approximately 1 ½ hours to complete, and requires a separate park entry pass.

Disney’s Keys to the Kingdom Tour takes about 4 ½ hours to complete. This is a walking tour that covers the whole Magic Kingdom, stopping at many popular attractions while informing guests about the life and times of Walt Disney and the history of Magic Kingdom. Like the Backstage Magic tour, this excursion takes guests to the hidden tunnels beneath Magic Kingdom and other backstage areas. Guests 16 and older with a Magic Kingdom park pass may participate.

This Magic Kingdom walking tour focuses on the life of Walt Disney, and how his childhood experiences and imagination led to the creation of the theme park. Marceline, Missouri was Disney’s childhood home, and his memories of Marceline inspired the design of Main Street U.S.A. The tour takes approximately 2 ½ hours to complete, and is open to guests 12 and up with a Magic Kingdom entry pass.

Disney’s The Magic Behind Our Steam Trains Tour

Despite its slightly unwieldy name, the Magic Behind Our Steam Trains tour is an exciting experience that allows guests to enter Magic Kingdom before it is open to the public to observe the railroad engineers preparing the Walt Disney World Railroad locomotives for their rounds. If you love old time steam trains, this is the tour for you.  The steam trains at Magic Kingdom are antique trains, and tour guests will have the chance to ride the rails while a cast member explains their trains’ history and shares Walt Disney’s love of trains. Guests 10 and older are welcome on this steam-powered tour.

This is one of two tours that reveal a bit of the magic behind Disney World’s legendary holiday displays. Tour guests (16 and older) will watch the Candlelight Processional at Epcot, admire Main Street U.S.A. and Cinderella Castle covered in holiday lights, and meet the event teams that bring these magical experiences to life. A holiday buffet is included, and theme park admission is not required.

This holiday tour takes guests to meet some of the many cast members who create the decorations that cover the parks in holiday cheer each winter. You will also visit several holiday celebrations around Epcot’s World Showcase, and get a chance to check out the Main Street U.S.A. decorations up close. This tour is for guests 16 and up, and park entry passes are not required.

Around the World is a fun and speedy way to cruise the World Showcase Promenade at Epcot. A training session allows guests to get comfortable navigating a Segway Personal Transporter before the guided tour begins. You will pass each of the eleven country pavilions of World Showcase while a Disney Tour Guide shares details about the design of the pavilions. Guests must be at least 16 years old, weigh between 100 and 250 pounds, and have an Epcot park entry pass.

Gardens of the World

Horticulture enthusiasts won’t want to miss this walking tour that takes place during the yearly International Flower & Garden Festival at Epcot. Guests will visit the World Showcase to see the role of landscaping in bringing each country to life, and learn about ambitious landscaping projects around the rest of the Walt Disney World Resort.

Behind the Seeds at Epcot

The Behind the Seeds tour allows visitors to take a more in-depth look at the greenhouses that form the second part of the Living with the Land boat ride. This is one of the least expensive and shortest tours at Disney World, but is packed with fascinating information about new plant agriculture and fish farming technology. This tour is open to all ages.

Most of us, young and old, have dreamed about swimming with dolphins. The Dolphins in Depth tour gives guest that opportunity, along with a chance to hear from dolphin researchers and trainers who work with the dolphins at The Seas with Nemo & Friends Pavilion at Epcot. Guests must be at least 13 years of age, and accompanied by an adult if they are younger than 18. An Epcot entry pass is necessary to take the tour.

Another interactive experience at The Seas with Nemo & Friends at Epcot, DiveQuest is a special opportunity for guests who are SCUBA certified. Qualified participants are allowed to explore the Caribbean Coral Reef Aquarium – one of the largest saltwater tanks in the world. SCUBA certified guests ages 10 and older may join DiveQuest.

The Seas Aqua Tour is an alternative to DiveQuest for guests who are not SCUBA certified. This experience permits guests 8 and older to snorkel on the top of the water of the enormous 5.7 million gallon Caribbean Coral Reef Aquarium.

This four-hour tour tells the story of Walt Disney’s original vision for Epcot as a futuristic prototype community, and its eventual development into a theme park. The UnDISCOVERed Future World also tells guests about Walt Disney’s visions and innovations that inspired the modern day Future World pavilion.