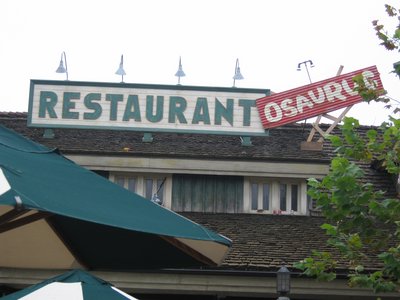 Disney To Put Starbucks Stores Inside US Theme Parks

Starbucks and Disney World have announced a partnership for the coffee giant to open stores inside all the United States Disney theme parks, including all four parks at the Walt Disney World Resort in Florida (Magic Kingdom, Epcot, Disney’s Hollywood Studios, and Disney’s Animal Kingdom), as well as the parks in California (Disneyland, Disney’s California Adventure).

The specific timing hasn’t been set, but plans call for the first two stores to open in the California parks this summer, followed by the parks in Florida later on.

Neither organization announced the financial terms of the deals.

Themed To The Parks

For everyone who appreciates the fact that Disney makes sure that everything that enters a Disney Park is appropriately themed, there is good news.   The new Starbucks stores will be designed with themes to fit their locations.  In other words, they probably won’t look like a standard Starbucks store design plopped down in Adventureland.

The store in Disneyland will be themed after Disney’s classic “The Three Little Pigs.”  Passersby will not see a huge green Starbucks logo outside, although the Starbucks name will be visible.

In the same way, the works in the store will wear aprons that match the theme of the store, and no the standard Starbucks green aprons.

This is not the first time that Disney and a major food chain have located a third party restaurant inside a Disney theme park.  How many of us remember when Restaurantosaurus was actually a McDonalds operating inside Disney’s Animal Kingdom?  Or when you could visit Frontierland Fries at the Magic Kingdom to get genuine McDonalds French Fries?  The marriage between Disney and McDonalds has since been dissolved, but we can rest in the knowledge that both organizations did a good job of matching the design and theme of these McDonalds locations with the look of their theme park homes.