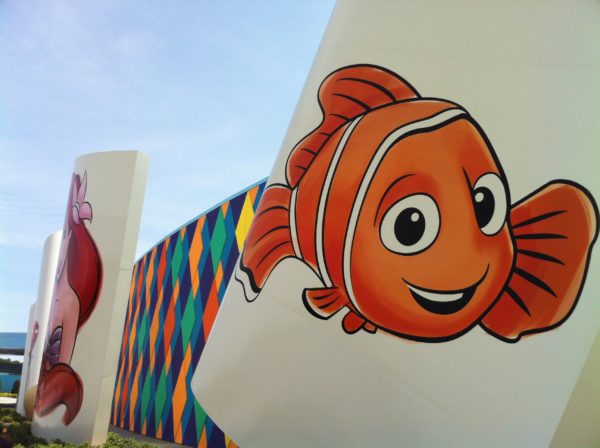 It’s been over a year since we found out that Disney would be installing a new Gondola system connecting Disney’s Hollywood Studios with some of the surrounding Disney resort hotels. Earlier this year, we revealed some concept art and construction costs.

Now, Disney has filed a permit with Reedy Creek Improvement District to request approval to construct a dock in Hourglass Lake. The dock will serve as an emergency stop location if something were to happen while the gondola vehicle were suspended in midair above the water.

The dock, which would be adjacent to Disney’s Art of Animation and across from Disney’s Pop Century Resort, would host a rescue boat that would be exclusively used for the Gondola system.

Will you feel comfortable riding the Disney Skyliner over the water?