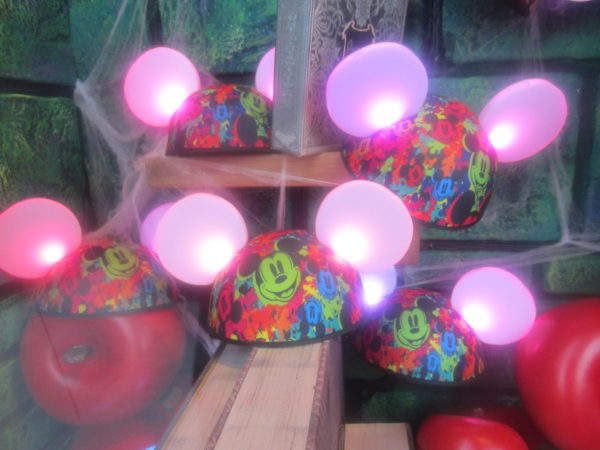 Display of Glow with the show ear hats

Let’s get social! Social media, that is!

For the third year in a row, Disney is teaming up with Make-A-Wish to raise money so kids with a terminal illness can have their wish granted. Coincidentally, wishes often involve going to Disney World!

For every photo shared publicly on Facebook, Instagram or Twitter with #ShareYourEars, Disney will donate $5 to Make-A-Wish up to $2 million dollars. You don’t have to have official Mickey Ears to participate; Disney likes when fans get creative!

The campaign was announced Sunday during Mickey’s 90th Spectacular and will run through November 17th.

If you happen to be in Disney World between now and November 17th, you’ll find some special photo opportunities throughout the park:

Will you #ShareYourEars for Make-A-Wish?