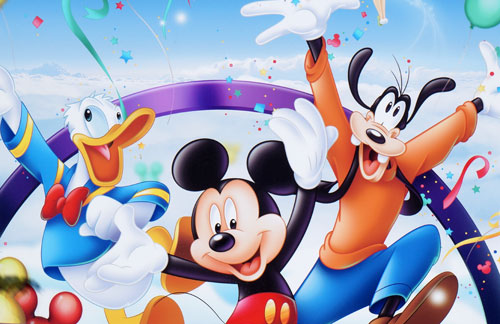 Tiered pricing, dynamic pricing, seasonal pricing- whatever you want to call it- has been around for a long time. If you want to go to the Stanley Cup playoffs or the Superbowl, you’re going to spend more money per ticket than if you’re going to a pre-season game. Hotels and airlines do it, too. Vacationing around holidays including Christmas and Memorial Day is always more expensive than a weekend away in the fall.

Until recently, many theme park ticket prices have remained pretty constant throughout the year, but this is changing.

Why did Disney do this? Because Disney wants to spread visitation trends throughout the year.  And maybe make a bit more money too.  🙂

Although they realize that more guests will still visit during the popular vacation times (i.e. when the kids are out of school), they believe that dynamic pricing for one-day tickets will help even out the crowds.

This isn’t the first time that Disney has tried this. Epcot‘s Flower & Garden Festival and International Food & Wine Festival, which run in the spring and fall respectively, were started to lure guests in during slower times. Now, there really isn’t a “slow” time in Disney World. There are almost always large crowds!

The Disney Vacation Club (DVC) also runs on a seasonal schedule as do the Disney resort hotels.

Disney has divided its theme park calendar into three sections: value, regular, and peak. Value days occur mostly in February and September with other days scattered throughout the year and will constitute about 30% of the year. Regular days, about 44% of the year, can be found in early March (before spring break), April, May, late July, October, November, and December. Peak days coincide with holidays and school breaks including late May, early April, June, July, and late December and make up about 26% of the year.

Value days will have the same pricing as last year’s tickets, and peak days will cost about $20 more. Peak day Magic Kingdom tickets will be most expensive- about $10 more than the other parks. Water parks have always charged more in the summer months. It’s a supply and demand thing. What’s more, Mickey’s Very Merry Christmas Party and Mickey’s Not-So-Scary-Halloween Party ticket prices vary by date. Obviously, visiting near Christmas or Halloween will cost more than earlier dates whether you’re doing one of the hard ticket events or just entering the park as a regular guest.

It’s important to note that multi-day Magic Your Way tickets have not been affected by this pricing structure, so visiting two or more days is the way to go. You may also be interested to know that you can now purchase a season pass with blackout dates during peak times. If you’re willing to forfeit visiting during those times, you’ll get the most bang for your buck. Annual Passes will still allow you to visit 365 days a year, but this convenience comes at a cost.

Disney says they will have their calendars posted online eight to 11 months in advance, so be sure to check the website before scheduling your vacation days!

Disney isn’t the only one riding the “variable pricing” gravy train. Universal Orlando has jumped on the bandwagon, too!

The Comcast-owned park charges more for guests purchasing admission at the gate. If you’re a procrastinator, this is bad news for you! Those who pre-purchase tickets will pay about $10 less!

If you think about it, this is a pretty smart move. If most of their guests are pre-purchasing, park managers have a pretty good idea of how many people will be visiting on any given day. This could help with a whole host of things including how many shows to schedule throughout the day and how much staffing is necessary. In the long-term, this could help with tracking trends throughout the year and from year to year.