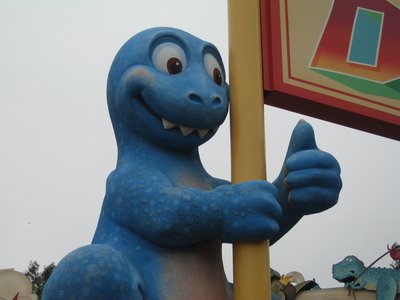 If you are considering a Disney vacation, what you have to ask yourself, at the end of the day, is whether or not it is worth it to go anyway. You may find that exploring the pros and cons of the oh-so-iconic Disney World Vacation experience may yield surprising results for you. So grab a few Disney Tickets. Florida might just surprise you!

Disney World is famous for its attractions, rides, entertainment and special events, not to mention Cinderella’s Castle, spectacular fireworks and the cartoon host with the most, Mickey Mouse! There are also those who would tell you that it is famous for being full of people, having limited appeal and being a bit expensive. For every pro, there is a con, but let’s inspect why some of these “cons” could more accurately be called “myths,” and as such can be disproved.

There are off days, and the off-season and park hours for a reason. These are the times when there are fewer people at the park. Off days are weekdays, specifically Monday through Thursday, when there are traditionally fewer people visiting the park. The off season refers to the months during which fewer tourists hang out at Walt Disney World Resort – January, February, May and October. Those months would correspond with whenever children are stuck in school.

The tricky one to make work in your favor is the park hours. Because you are stuck enjoying the theme parks during regular hours, aren’t you? Not necessarily. Each theme park in Walt Disney World has “extra magic hours.” These are extra park hours either before or after the park’s regular hours of operation. You gain access to these hours by staying in select Disney Resort hotels – and then get to enjoy the perk of early or late access free of charge.

All this, combined with the fact that staying in the off-season is discounted form the regular price of admission, mostly negates the “Walt Disney World is crowded” myth. You probably will never get to have the park all to yourself; you have to share the park to some extent. That fact alone shouldn’t be enough to keep you from vacationing at Walt Disney World at all.

It is this myth masquerading as a con, more than any other this one does disservice to a Walt Disney World vacation. Limited appeal couldn’t be farther than the truth. On its surface level, Walt Disney World Resort has four different theme parks: Disney’s Magic Kingdom Park Theme, Disney’s Epcot Theme Park, Disney’s Animal Kingdom Theme Park and Disney’s Hollywood Studios Theme Park. Each park has its own unique rides, games, restaurants, entertainment and shopping to offer you. If that doesn’t quite do it for you, you can try out one of Disney’s other parks.

There are their two water parks, Disney’s Typhoon Lagoon Water Park and Disney’s Blizzard Beach Water Park. These two water parks are the most visited water parks in the world. Each has slides, beaches and themed decorations for you to enjoy. If you’re not water park person, it doesn’t even matter, because, that’s right – there’s more!

Walt Disney World Resort offers the ESPN Wide World of Sports Complex for the sports fan in you. It hosts more than 60 different sports in 9 venues spanning across 220 acres. “Take me out to the ballgame” has never had quite the same meaning as it does in the most magical place on earth. There is also the DisneyQuest Indoor Interactive Theme Park if you like comics or video games. It is 5 stories of interactive fun!

If all those options just aren’t enough for you, there are Disney’s live entertainment, like its permanently installed Cirque Du Soleil, “La Nouba,” or one of its many Broadway-style musical revues, “Festival of the Lion King,” “Finding Nemo” or “Beauty and the Beast.” The variety and quality of all of Disney World’s attractions and entertainment shatters the myth of narrow appeal.

The final con to shatter with a righteous hammer is the myth that a Walt Disney World Resort vacation is too expensive. Disney offers all sorts of discounts and special offers to make your vacation more affordable.

The cost of admission can also be cut down by one of Disney’s vacation packages – the greatest of which is the Magic Your Way Package. This package starts with a Magic Your Way Base ticket. This ticket is good for a Disney World ticket to one theme park per person per day of your stay. This package can cut your overall costs up to 30%. A Magic Your Way Ticket can be bundled with your stay at a Walt Disney resort hotel and your meals.

Another vacation package is called the Disney Annual Pass. This Passholder Program is more for folks who visit Walt Disney World more than once a year. It discounts over the course of a few visits. Along with the discounts that are constant, Disney has special offers that is posts for a limited time.

Walt Disney World Tickets are much more affordable than they are often given credit for. It takes a little bit of effort certainly, a bit of planning, but it is worth it to discount the cost of your Disney World vacation!

Don’t let the cons or myths about Walt Disney World Resort in Orlando, Florida keep you from having the Disney adventure of your dreams! Shatter the myths, and take a Disney vacation. Who knows, you may just have an unforgettable, fun time!