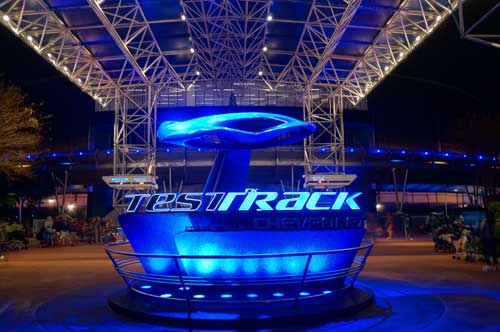 Fulfill your Disney Thrill while Traveling with Family

Disney World is a family park, and it isn’t exactly known for having the most thrilling rides among amusement parks or other theme parks. However, Disney has several thrill rides that fit nicely into the theming, and adrenaline junkies love to fulfill their desire for thrill on these rides.

The problem is that young children either don’t want to ride or aren’t tall enough to ride. What’s more, some spouses and other traveling companions may not be as into catching a thrill as you are.

So, what’s a thrill junkie to do?

Well, besides skipping these rides completely, there are a few other options!

First, you could use Rider Switch if both adults want to ride. This is Disney’s way of getting both adults on the ride without both having to wait in line a second time. One stands in line, rides, then returns to watch the kids while the other adult goes through the FP+ line.

Extra Magic Hours are times before or after regular park hours during which Disney opens the park exclusively for Disney World Resort guests. Since the general public isn’t allowed in during these times, the wait times are much shorter, and crowds are relatively low. The problem with taking advantage of Extra Magic Hours with young children is that they start as early as 7:00 or 8:00 in the morning and go as late as midnight or after.

But this is exactly why it works perfectly for our problem! Assuming that you’re traveling with at least one other adult, you can use this time to tackle the thrill rides on your own while the family gets some rest. This does mean spending time away from them, but if you’re a night owl or an early bird, you’d probably be doing that anyway.

It is worth noting that you’ll probably want to invest in the Park Hopper option (if only for yourself) in case you want to visit a park that is different from the one you visited or will visit with your family that day.

If you – and the other person responsible for the kids – don’t mind being split up for a bit, then this can be a viable option. The trick is to identify the thrilling attractions you want to ride and find a more tame option nearby to keep the family entertained.

The option is to try accomplishing your need for thrill while in the park with your family during the day. This necessarily means that you will be apart from them while you’re taking in the attraction you want to enjoy. If that bothers you, return to the parks during Extra Magic Hours and take that route.

If you do choose this option, it is best to schedule FastPass+ reservations since the stand-by line could keep you apart from the family even longer than necessary. You should also consider the fact that the other adult is really taking one for the team, and you should be willing to accommodate their requests too without grumbling. If they want to do something solo, you should oblige and watch the kids.

I’ve identified some options here, but your list may look a little different depending on which attractions you want to visit and what your family likes to do.

Big Thunder Mountain and Splash Mountain are pretty thrilling and, although they’re appropriate for kids over three feet, 4 inches tall, they may be too much for kids to handle- especially Splash Mountain’s 55ft drop.

While you visit these attractions, send the family over to Tom Sawyer Island. It’s a family friendly island situated in the middle of the Rivers of America adjacent to Frontierland. Modeled after Mark Twain’s famous book, The Adventures of Tom Sawyer, this piece of land has plenty of places for kids to run, hide, and burn off some energy. Adults can explore with the kids or they can relax on the white rockers on the porch. When you’re ready to reunite, there’s hardly a wait for the boats to take you across the river and back to the mainland.

Space Mountain is a classic Disney ride that opened just four years after Magic Kingdom itself. It is nostalgic and futuristic all at the same time. Even though the max speed is only 28mph, the sharp turns and almost complete darkness make you feel like you’re traveling a lot faster. This ride is too much for some adults, so kids may not want to ride.

There are some great family-friendly options nearby at the Tomorrowland Transit Authority, also known as the PeopleMover, or the Tomorrowland Speedway. The TTA is a nod to Walt’s vision of EPCOT being a city of tomorrow. The Imagineers integrated this into Magic Kingdom’s Tomorrowland instead. It’s a great place to people watch with a bird’s eye view, and it goes straight through Space Mountain. The family couldn’t get much closer than if they were actually on the ride! Tomorrowland Speedway is also a great option if they want something a little more exciting. Riders must be at least 32 inches tall, and drivers must be at least 54 inches tall, so even young ones can experience the ride!

Mission: Space is, according to real NASA astronauts who helped design the ride, as close to a real space launch as the general public can get. The orange team is the more intense version, and it spins and tilts to simulate the real thing. The green team version was created later after many guests experienced severe nausea. This lighter version doesn’t spin. Even still, it is quite intense for some. Test Track is less intense, but the ride vehicle reaches speeds up to 65mph.

Some people aren’t aware that Mission: Space actually has a post-ride playground area full of interactive games. This area is worth visiting even if the family isn’t trying to kill time. Space Base is a tube playground where the little ones can crawl through wormholes. Once you’re done riding Mission: Space, you just may be inclined to challenge the family to a space race!

Tower of Terror is an iconic ride of Disney’s Hollywood Studios. This 199-foot-tall thrill ride literally towers over you beckoning you to ride, but the sudden drops and ascents can be too much for some. Likewise, Rock ‘n’ Rollercoaster brings the thrill launching riders at five g-forces from 0 to 57mph in 2.8 seconds. It’s also the only attraction in Disney World with inversions. I always walk off of this ride a little shaky in my legs!

When Expedition Everest opened in 2006, it was the most expensive rollercoaster in the world, and even made it into the 2011 Guinness Book of World Records. With an 80-foot drop and a top speed of 50mph, this ride might be too thrilling for some people in the family.

Close by is Dinoland USA, which still has some kids-sized thrill rides including Tricera Top Spin, a Dumbo-like ride. The Boneyard playground is also in this area, and it is arguably the best playground in all four parks. Several carnival games complete this area, and although some adults think this area is cheap and doesn’t reflect the Disney vision, it is actually meant to be this way, and kids love it.

Are you a fan of Disney thrill rides?  Favorite?