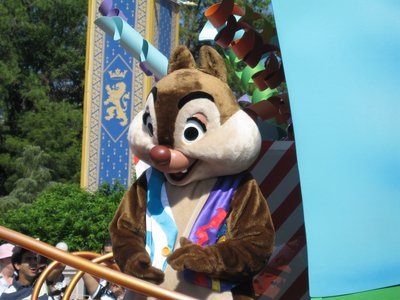 A Disney theme park has the best rides, attractions, entertainment, themed set decoration and food! They are host to 4 theme parks, 2 water parks, the ESPN Wide World of Sports Complex, the DisneyQuest Indoor Interactive Theme Park and about 2-dozen resort hotels of varying degrees of luxury. The resort, located about 20 miles outside of sunny Orlando, Florida has been around since 1971, when their first park was built.

A Brief Look Back at Disney World’s History

Walt Disney’s Magic Kingdom Theme Park is straight from the dreams of the man of mouse himself, Walt Disney. It is the most visited theme park in the whole world and has also been called – and we think justifiable so – the most magical place on earth. The Magic Kingdom can be broken down into 6 different “lands,” each with its own unique theme and decorations.

Adventureland is designed to feel like a magical adventure to a far off, exotic place like the jungles of South America or Africa. This land features the famous “Pirates of the Caribbean” ride that inspired the series of blockbuster films.

Frontierland is designed to feel like an adventure to a far off time, rather than a far off place. This Old West themed land is the home of Disney classic rides like Splash Mountain.

This land is another trip in time. It captures the look and feel of an American Revolutionary town. Liberty Square is home to the Hall of Presidents, as well as another ride-gone-film the Haunted Mansion.

Main Street, U.S.A. is a land designed to look like a homey street from a small town in America during the early 1900s. The street ends with the park’s most famous feature attraction, Cinderella’s Castle. Main Street, U.S.A. is the place to be to check out all the great restaurants and shopping available in the Magic Kingdom Park.

Tomorrowland was inspired by Walt Disney’s belief that tomorrow would be a magical time and structured to look like a futuristic space age city. It is home to such quintessential Disney rides as Space Mountain and Walt Disney’s Carousel Of Progress.

Fantasyland, the Expansion and the Past

Just as Disney World Resort has waved goodbye to such lands as Mickey’s Birthdayland, they will welcome new lands! Fantasyland, a cartoon themed land for the young and young at heart alike has undergone some major expansions. You can still enjoy the classics like the Mad Tea Party, Peter Pan’s Flight, and Dumbo the Flying Elephant!

The next park to be built after the Magic Kingdom was Epcot. This “world of tomorrow” theme park is the third most visited park in the world. Few people know that EPCOT is an acronym for Experimental Prototype Community of Tomorrow. It also used to be called “Epcot Center” until about 1994. This park’s iconic centerpiece is the giant silver gold-ball like structure called “Spaceship Earth.”

Although the park’s main theme is the “future world,” it also was built to showcase all things multicultural. Therefore, the park is divided into two sections: Future World and World Showcase. Each section of the park is designed to evoke World’s Fair type set ups. For this reason, Epcot theme park is also known as a permanently installed World’s Fair.

Various installations from the original Epcot Park can still be seen around the park. There is of course, the Spaceship Earth, as well as the glass pyramids of Imagination!, and the Test Track. Each Epcot attraction is sponsored by a multinational corporation – Nestle, Kraft, and General Motors all have proudly sponsored attractions that are part of Epcot.

Disney’s Animal Kingdom Theme Park and Disney’s Hollywood Studios Theme Park, built after the original two, as well as Disney’s Blizzard Beach Water Park and Disney’s Typhoon Lagoon Water Park, though younger than their predecessors, share the rich history and luxuriously detailed theme constructions. As well as a grand old time, a stroll though a Disney theme park is almost like a stroll though an art gallery or historical museum.

That is why Walt Disney Theme Parks are the best in the whole world. You can read from their construction the hard work and dreams that went into every step of their conception.

With a Disney vacation costing less than ever thanks to the Magic Your Way Base Ticket package, nothing should stop you from enjoying a special Disney vacation of your own. Come stay in one of their resort hotels, catch a dinner show, rub elbows with your favorite Disney characters and take in the rich artistry and history of most magical place on earth – also, consequently, making it the best of the best theme parks in the world!