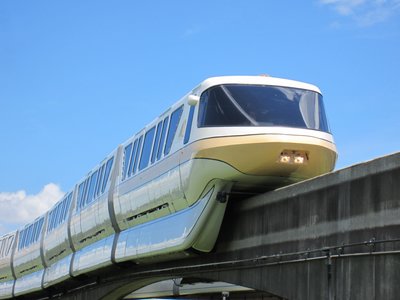 The Walt Disney Company has a long history of being innovative, starting back from its earliest roots in animation – with everything from developing the first animated character with personality in Mickey Mouse to producing the first full-length animated film in Snow White. And that spirit of innovation continues on with the work Disney did, and continues to do, in theme parks.

Back in the days when Walt was looking for a place to take his daughters on a Saturday afternoon, amusement parks were small and dirty. When Walt talked to his wife Lillian about the idea of building a park, she asked why he would want to get involved in a dirty, run down place like that. Walt said that his park would not be dirty. The concept of Disneyland as a clean, family-friendly entertainment enterprise completely changed the idea of what a theme park could be. Today we see it as the standard, but back then it was a radically new concept.

A Shield From The Outside World

All Disney theme parks are effectively isolated from the outside world. At Disneyland it is a berm that circles the park and shuts out the now-busy Anaheim city streets, and at the Disney World Parks it is the arrangement of the location and buildings that completely block out the outside world. This design technique allows Disney to fully control the experience for guests, immersing them in a carefully designed theme.

It is often said that everything at a Disney theme park speaks – meaning that all of what you see contributes to the stories that are being told. You don’t simply ride a roller coaster for the physical thrill of it. Instead, you are journeying into outer space on Space Mountain in the Magic Kingdom, or you are taking a thrilling ride in a limousine on your way to a rock concert at the Rock And Roller Coaster Starring Aerosmith in Disney’s Hollywood Studios. Everything comes together to further the storyline, just like it would be a movie. This is still something that separates Disney from most of its theme park competitors.

Early plans for Disney Parks and even the attractions Disney was building for the 1964-1965 World’s Fair called for walk through experiences. But Imagineers soon realized that they would not be able to get the throughput of people they required if folks were allowed to walk through these amazing experiences at their own pace. And thus, the concept of ride vehicles was born. The idea of cars moving continuously along the trackallows Disney to not only control the pace and throughput of people, but also to direct them to the most important items in the story. From the boats that sail through Pirates Of The Caribbean to the doom buggies in the Haunted Mansion, Disney took the concept of moving people through stories to a whole new level.

In some cases, like the installation of the monorail, Disney simply took an idea which already existed and made it more efficient and more fun. In other cases, like the use of the PeopleMover system that runs on magnets at the Magic Kingdom, they introduced completely new technologies. Disney is well known for its ability to move huge numbers of people efficiently, and it is innovations like the monorail and People Mover that rightfully earned Disney this reputation.

Disney invented the concept of bringing the animals and people to life through audio animatronics. From the early days of the characters in The Carousel of Progress and President Lincoln, to some of the groundbreaking work that Disney has done on the Stitch character (love it or hate it) or the research it has done on the Amazing Destini, Disney continues to create magic in this area that it pioneered.

There are many other innovations that Disney created or influenced, from the concept of switchback lines to the influence that connected shops on Main Street USA had on indoor shopping.