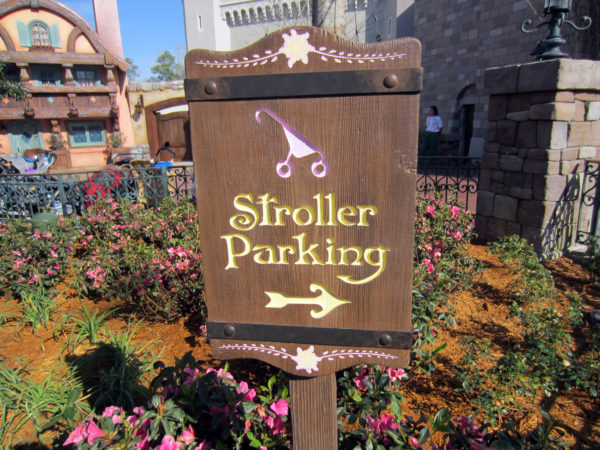 Taking a stroller to Disney World can be considered a necessary evil by many parents. Navigating, folding, storing, and lugging the thing around the parks all day every day can feel like quite a chore, but it beats having an exhausted child who just can’t take another step!

Disney strollers – a hassle and a help.

Since Disney is one of the most popular family vacation spots in the world, it’s important that they handle stroller parking appropriately.

Currently, attractions that are popular for families with young children have plenty of stroller parking, but the lots are very large and often become quite crowded. Cast Members move strollers around to make room for new strollers, and locating your stroller after leaving an attraction can sometimes be more time consuming than the attraction itself. 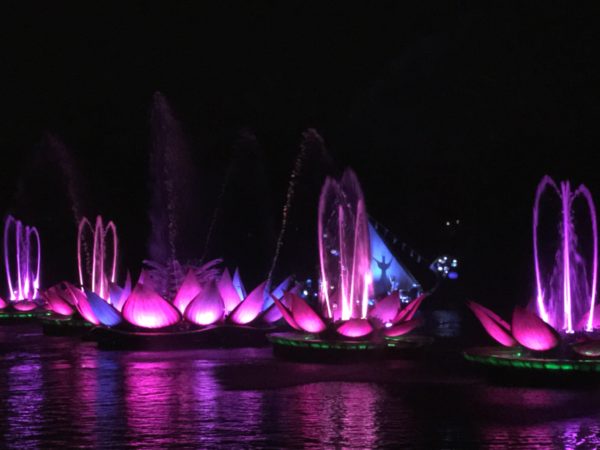 Disney is testing a new system for stroller parking outside of attractions where large crowds release at the same time.

Disney is trying to fix this problem by creating several smaller stroller parking locations. Each location is color coded, and strollers are tagged with the same colors. If you rent a stroller from Disney, they’ll give you color upon rental, and if you bring your own they’ll tag you at the first attraction you visit.

This test is currently being run at select Disney’s Animal Kingdom attractions focusing especially on shows like It’s Tough to be a Bug, Festival of the Lion King, Finding Nemo – The Musical, and Rivers of light and attractions that involve large groups of people exiting at once like Kali River Rapids, Kilimanjaro Safaris, and Wildlife Express Train, which takes guests to Rafiki’s Planet Watch. The test is using three colors that correspond with three parking areas. You can change your assigned color any time by removing your tag and picking up at new one at the next attraction, but each of the locations is conveniently located near the attractions.

The test began at Animal Kingdom on June 1st and so far has received pretty positive feedback. There is no official word on how long this test will last or if it will expand, but if the test works well, it’s likely to expand to the other parks.

Stroller parking at Disney World? Does it work well?