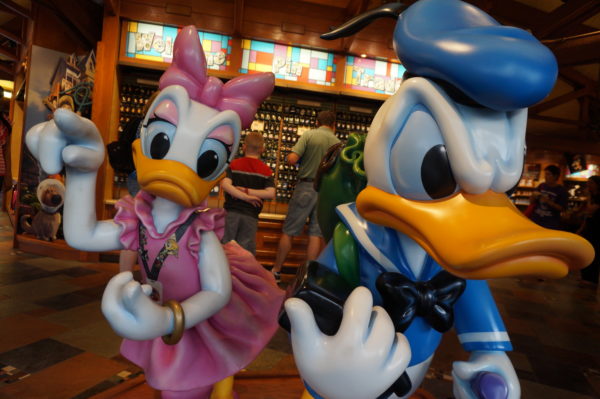 Disney Springs has been open since May 20 and started with only shops and restaurants operated by third party companies.

Disney’s major store for all things related to trading pins reopened on June 10.  As with other stores, Cast Members manage the number of guests in the store to enforce social distancing.  They implement a virtual queue when needed.

This store has many large openings where guests used to freely come and go, but now there is one entrance and one exit;  other openings are blocked off.

Disney is no longer selling limited edition pins on-site, but pin trading will resume via pinboards.

Merry Christmas!  This store is open and is once again offering the ever-popular personalization of Christmas ornaments.

Anyone else have a sweet tooth?  Two Disney-operated sweets locations are now open.

Goofy’s Candy Company is located across from the Disney Days of Christmas store.  It has a great selection of packaged candy as well as some items created fresh in the store.

Disney’s Candy Cauldron is located in the Westside section of Disney Springs.   It is a smaller store than Goofy’s Candy Company, but it also offers a selection of packaged items as well as freshly prepared ones.