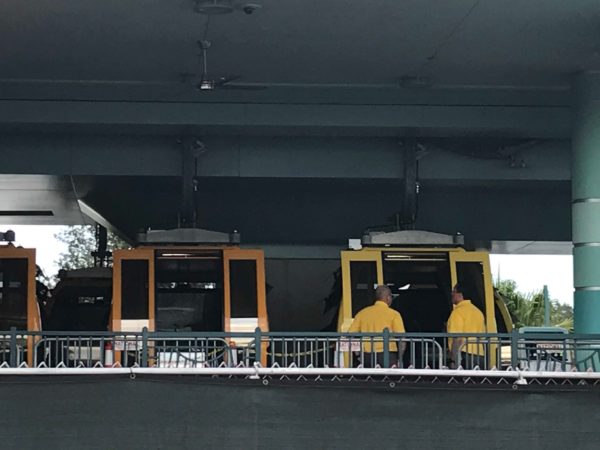 The Disney Skyliner won’t officially start transporting guests for another month, but the signs are up, and the stations are almost complete.

Today, I thought we’d take a look at the new station at Disney’s Hollywood Studios. The park has undergone the largest and most creative addition Disney has ever attempted with Star Wars: Galaxy’s Edge, and the whole park received a bit of a pick-me-up noticeable even before you enter the park. The whole bus terminal closed down and was rebuilt, the tram drop off was changed, the security station was recreated, and the Disney Skyliner station was added too.

Most all of the new entry facilities are now open, and the Skyliner station will open to its first guests on September 29th, 2019 (although soft openings are possible).

Let’s take a look at the new station! 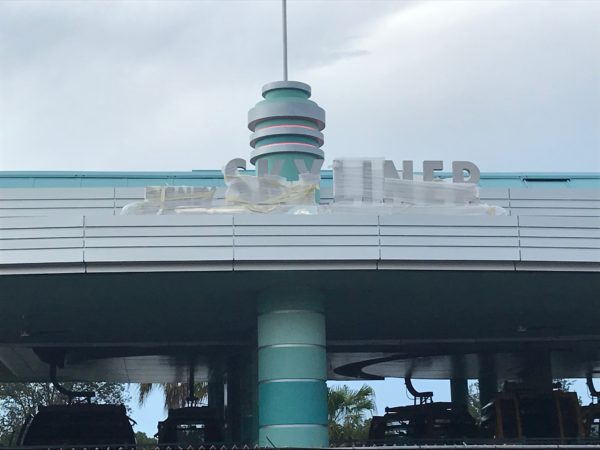 You can still see the protective wrapping at the Disney Skyliner sign. 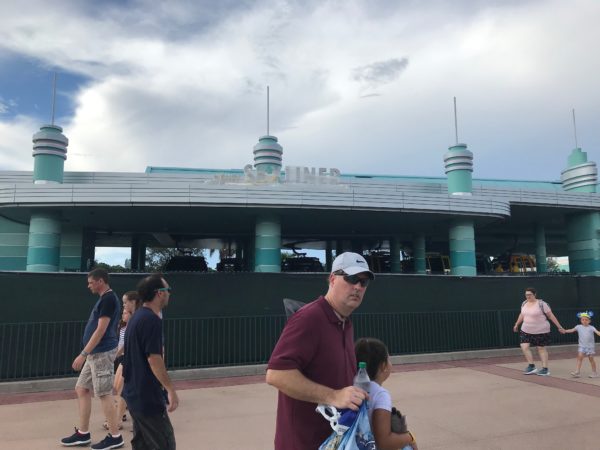 The green construction walls are still up. 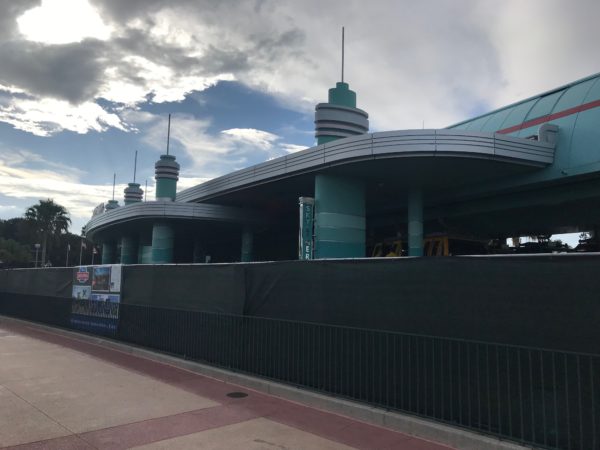 The walls are still up, but the station looks just about complete! 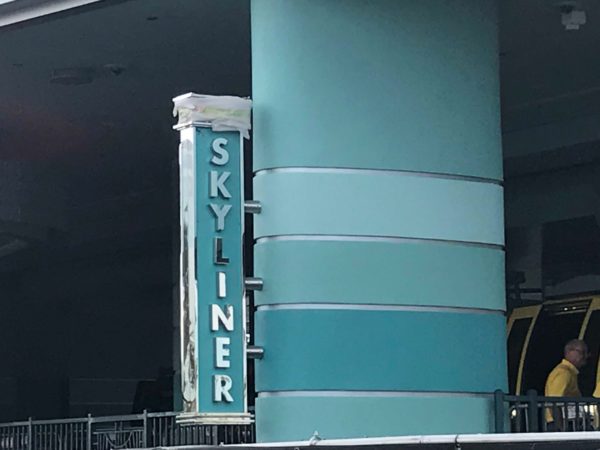 The color scheme and style match that of the park!

Cast Members who will run the Skyliner are currently being trained. 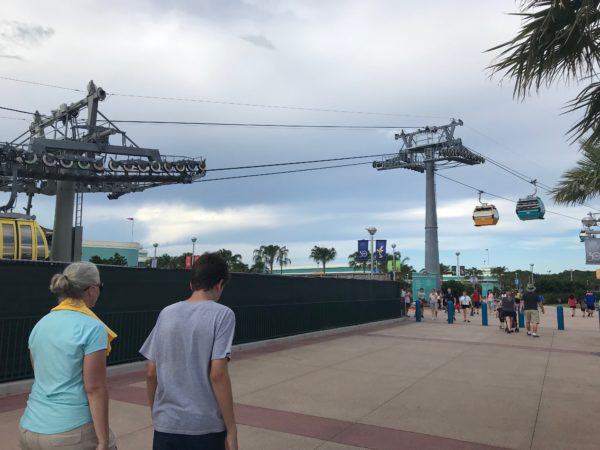 The Skyliner is running through testing phases right now, so while you see them flying overhead, they’re not hauling guests quite yet.

Are you excited to ride the Skyliner?