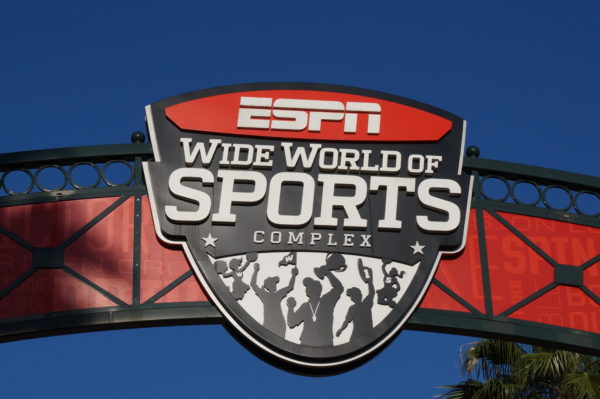 Sporting events are a big part of our society. Like Disney World, it’s an escape from reality. It’s also better than television shows because we don’t know what’s going to happen. Who’s going to win? We don’t know! I think that’s why we like sports so much.

With the current pandemic, sports have been canceled indefinitely including the nearly complete 2019-2020 NBA season, but with fewer than 20 games left to play in the season, Disney World could make our dreams come true by saving the season!

On March 11th, 2020, the NBA season was paused abruptly (some games were even interrupted shortly after they began) due to the COVID-19 outbreak. As the whole world went into lockdown, sports fans wondered what would happen to their favorite pastimes.

Even as states and even the federal government are working towards reopening, large gatherings are still discouraged for the foreseeable future. While things are still up in the air when it comes to non-essential, leisure activities like sports, there appears to be some light at the end of the tunnel.

An article on Yahoo Sports proposed that Disney World in Orlando Florida host the remainder of the NBA season. Disney already has a stake in the sports industry with the ESPN Wide World of Sports complex on property and is no stranger to hosting youth, amateur, and professional sports teams. The complex has full-size basketball facilities ready to go. Plus, Disney has tens of thousands of hotel rooms ranging from affordable motel-style lodging to luxurious deluxe lodging. They also noted that the two hotels closest to ESPN Wide World of Sports, Disney’s Art of Animation Resort and Disney’s Pop Century Resort offer a combined total of nearly 5,000 rooms, plenty of dining options, and pools for downtime.

With approximately 900 essential personnel in the entire league, those two resorts offer plenty of lodging for each person to have their own room, and this is an essential part of the plan. The thinking is that players, coaches, trainers, officials, broadcasters, etc., would be quarantined on-site. No spectators or even press would be permitted. This is perhaps what makes Disney World the ideal location. There is a large separation from the outside world.

This would be a win-win (pun intended) for everyone involved. The NBA gets to finish their season, Disney gets some welcomed revenue (and publicity), and sports fans get a welcomed sports fix all while keeping everyone as safe as possible.

Should Disney World host the remainder of the NBA Season?