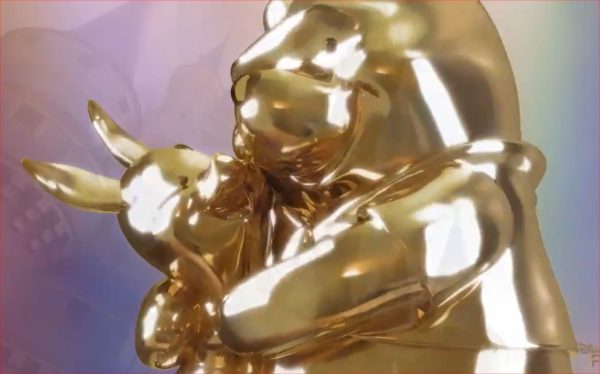 George Kalogridis, the former President of Walt Disney World and now the President of Segment Development and Enrichment for Disney Parks, Experiences and Products, announced today on the Disney Springs Twitter feed that Winnie the Pooh and Piglet will be included in the “Disney Fab 50 Character Collection” of golden statues to be installed around Disney World as part of the 50th Anniversary celebration.

Disney will install the statue of Pooh and Piglet at the Magic Kingdom.  Other statues there include Mickey Mouse, Minnie Mouse, Daisy Duck, and Lumiere and Cogsworth.

Excited about the Pooh and Piglet Fab 50 Statue?