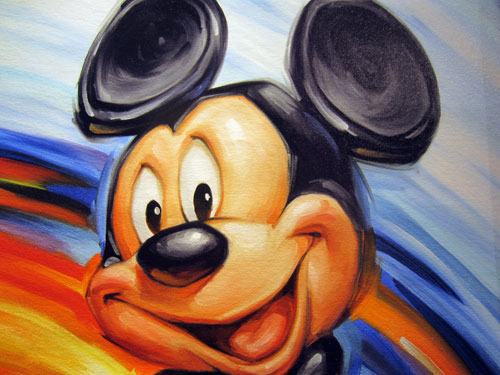 Mickey Says: Stay Out Of My Air

What do these four areas have in common?

All of them have TFRs, or Temporary Flight Restrictions.

The Federal Aviation Administration (FAA) is responsible for regulating air travel over the United States, and they have the authority to restrict air travel over certain areas of the country. They usually use these powers to limit flights over spaces when dignitaries like the President travel, when there is a security threat, or when there is a climate hazard like a volcano.

If that is the case, then why does Disney World have a flight restriction?

After the terrorist attacks of September 11, 2001, the FAA created many Temporary Flight Restrictions to protect the public. Over time, and as the perceived threat of new attacks has moderated, the FAA relaxed the flight restrictions. However, the flight restrictions still exist for Walt Disney World in Florida and Disneyland in California. The FAA prohibits flights under 3,000 feet and within a radius of three nautical miles of the Disney theme parks. You can check out the list of all the current Temporary Flight Restrictions here.

A Disney spokesman is quoted as saying that the no-fly zones are in place for the “safety and enjoyment” of the park guests.

Reports state that in early 2003, the US Congress approved a spending bill that extended the temporary flight restrictions for Disney.

However, some people think Disney has motives beyond security.

Pilots who tow advertising banners say that Disney doesn’t want advertising over their parks. These banner pilots can fly over every other theme park in the United States – including Universal Studios – but they can’t fly over Disney property.

Joseph Kittinger, a pilot who towed ad banners over Disney air space for many years, claims that Disney has “taken advantage” of the 2001 terrorist attacks. Kittinger’s business dropped after the flight bans took place.

The Aircraft Owners and Pilots Association also doesn’t like Disney’s special agreement. They released a statement outlining their opposition to using national security arguments to unnecessarily limit flights. The group claims that the large number of flight restrictions creates economic problems for the general aviation industry.

Do you like that the government restricts flight over Disney property?