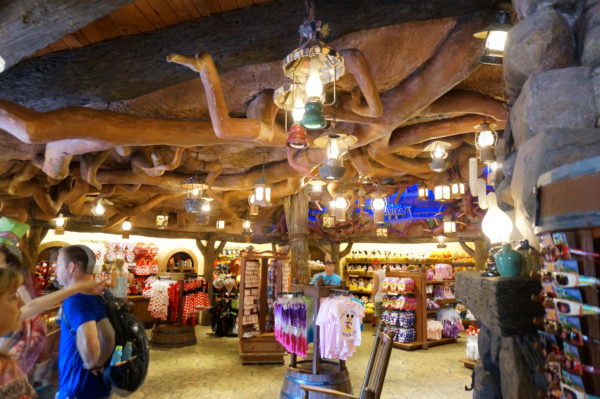 Their first quarter report, which ended in December and is the first earnings report since the announced $52 billion acquisition of 21st Century Fox, shows $4.4 billion dollars net income – up a whopping 78% from the same period last year.  It was markedly higher than analysts had predicted.

Though this does reflect the $1.6 billion tax benefit, it’s still a really great sign for The Walt Disney Company. Their overall revenue rose $15.4 billion; that’s up about 4% from the same quarter last year.

Let’s breakdown these earnings and what they mean for us Disney fans!

Disney’s domestic theme parks remain the strongest division of the company. In the first quarter of their fiscal year, ending in December, operating income amounted to $1.3 billion.

This is in part due to higher ticket prices, increased food and beverage costs, and guests spending more on merchandise and souvenirs. Also, daily hotel rates at all of the Disney resort hotels have gone up, and per hotel room spending increased 6%. What’s more, hotel occupancy has held steady at 91%.

In the parks, attendance is up 6%, which Disney partly credits to the May 2017 opening of Pandora – The World of Avatar in Disney’s Animal Kingdom. In fact, this set the highest quarterly attendance record ever in Disney World! While people come to see the new Pandora, they stay for the other parks. Magic Kingdom reached capacity several times over the 2017 holiday season.

It’s not just the domestic parks that are doing well though. Disneyland Paris is celebrating its 25th anniversary this year, and Shanghai Disney Resort reported a 65,000 person attendance on one day in October!

There’s no sign in Disney’s future of plateauing, and Disney World is a big part of it.

Disney’s Hollywood Studios will open Toy Story Land this summer, and Star Wars: Galaxy’s Edge is expected to open in 2019. While this is part of a plan to rejuvenate Hollywood Studios, the other parks aren’t being forgotten.

Disney has already made an official announcement that guests should expect big things for their 50th Anniversary with “50 magical enhancements”! Guardians of the Galaxy is already under construction in Epcot‘s Future World to replace Ellen’s Energy Adventure in the Universe Of Energy Pavilion. What’s more, Disney has promised that Tron will open in Magic Kingdom’s Tomorrowland in time for the celebration too!

Internationally, Shanghai Disney Resort will open their version of Toy Story land in April with a ticket price increase expected in June.

Disney is taking obviously taking advantage of the financial good news, and we the fans are going to benefit from it!

Disney isn’t only building new attractions in the parks. They’re also building the brand new Disney Skyliner, which will offer a very cool form of transportation so some of Disney’s most affordable resort hotels including Disney’s Art of Animation, Disney’s Pop Century Resort, and Disney’s Caribbean Beach Resort. It will connect these hotels to Epcot, where there is already a monorail stop (although at the opposite end of the park), and Disney’s Hollywood Studios. This means less crowding on the buses!

Disney has also announced that the Game of Thrones creators will write and produce a new series of films based on the existing Star Wars franchise, but it will be separate from other films.

Finally, Disney will be releasing their much-anticipated standalone streaming service this spring. ESPN Plus will combat the decline in subscribers due to the cord-cutting revolution. The subscription will be $4.99 per month and will provide access to Major League Baseball, Major League Soccer, National Hockey League, college sports, tennis, golf, cricket, and rugby games.

Disney earns $4 billion in profits: What should they do with the money?