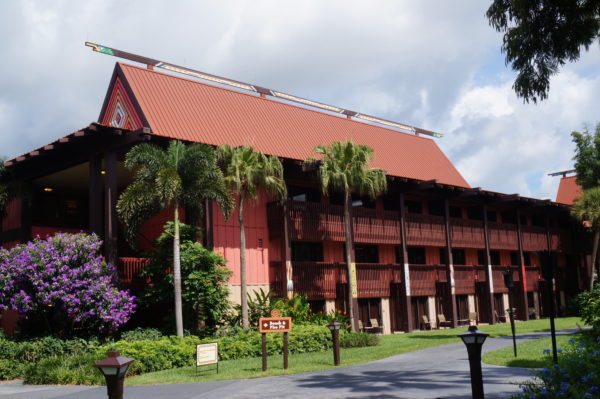 ‘Do Not Disturb’ Signs Removed from some Disney Hotels

Security is of utmost importance to Disney World. It’s so important that Disney World has doubled their security budget since 2011. This year, Disney will spend almost $16 million dollars, which is in addition to what Reedy Creek, the management district, provides.

This means that there are literally hundreds if not thousands of uniformed and undercover police officers on Disney’s payroll, though we don’t really know how many.  Disney is not required to release this information, and they choose not to do so – not only to maintain the magic, but also the security for potential offenders.

But it’s not just armed, uniformed, or undercover officers who support security measures at Disney World. Other Cast Members do their part too.

Disney recently announced that rooms at three Disney resort hotels would no longer have ‘Do Not Disturb’ signs. Instead, signs will say ‘Room Occupied’. Guests staying in rooms at Disney’s Grand Floridian Resort and Spa, Disney’s Polynesian Resort, and Disney’s Contemporary Resort Hotel can use the ‘Room Occupied’ signs when they would rather not be bothered, but Disney’s newest security rule requires a Disney Employee to visit every room in these hotels on a daily basis – even if you turn out daily room cleaning.

Disney says that guests will receive notice before a Cast Member enters their room; they’ll knock and/or announce that they’re coming in before they open the door. However, it’s reasonable to think that you can request that they return later, but know that they will return.

Some guests don’t like this new rule saying that they are often concerned about opening their room to anyone, including cleaning services, for fear of leaving their valuables vulnerable to theft or damage. This is a reasonable concern, but Disney thinks that the safety and security of the resort hotels, the theme parks, and the guests themselves outweigh guests’ concerns.

As a side note, their so-called Mousekeepers (housekeepers) are vetted when they’re hired, so they should be trusted to some extent. What’s more, each room as a lockable safe for items you don’t want to leave out.

Why Is Disney Doing This?

So what are they looking for? Why would Disney suddenly institute this seemingly drastic new security measure?

Most guests use their room for the typical sleeping, cleaning up, hanging out, and maybe an occasional late night snack.  They never experience a security issue.

However, there’s always the possibility that a guest has more sinister plans; Disney wants to make sure what happened in Las Vegas last year doesn’t happen on their property.

It’s a constant challenge for hotels to balance security and freedom to move about, and this is especially important in Disney World.  Disney prides itself on allowing any resort hotel guest to visit any other resort hotel to explore the unique theming and recreation.

The three resorts involved in the pilot program, which are incidentally on the monorail line placing them in closest proximity to Magic Kingdom, Disney’s largest theme park, are just the beginning. If the daily room visits go well, it will likely to rolled out to the rest of the Disney Resort Hotels in the near future.