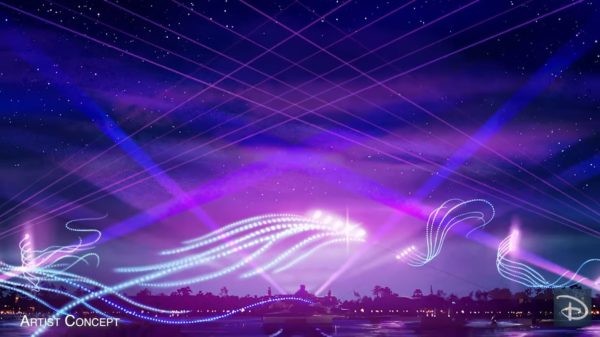 Disney released a YouTube video with concept art and some footage of “Epcot Forever,” the new nighttime spectacular that will debut on October 1, 2019 – the day after “Illuminations: Reflections of Earth” closes on September 30, 2019.

Disney Cast Members in the video describe how the new show will feature music from Epcot, together with fireworks, fountains, and illuminated kites pulled by jet skis.

Check out the video: