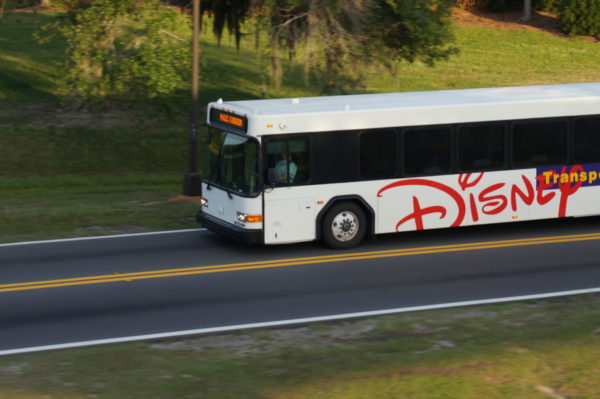 Disney announced Express Transportation as part of the deluge of upsells in late 2016.

Kiosks were set up throughout Magic Kingdom, Epcot, Disney’s Hollywood Studios, and Disney’s Animal Kingdom; guests who paid for Express Transportation could check in at these kiosks and get a lift from inside one park to inside another park via backstage roads.

Not only was it a faster way to travel between parks, but it also allowed guests to skip security at the second park.

While other upsells, like the Private Cabanas in Magic Kingdom, didn’t last, it seems like Express Transportation may just be here to stay.

Originally, Express Transportation cost $15 for a single day pass and $25 for a multi-day pass valid for up to seven consecutive days.

If you’re really trying to save time or if you have impatient kids, it might be worth the cost. To purchase an Express Transportation pass, you can visit Guest Relations in any of Disney World’s theme parks, the Disney Springs ticket window, a concierge location at any of the Disney resort hotels, the Walt Disney World Swan and Dolphin hotel ticket desks, or one of the kiosks in the parks.