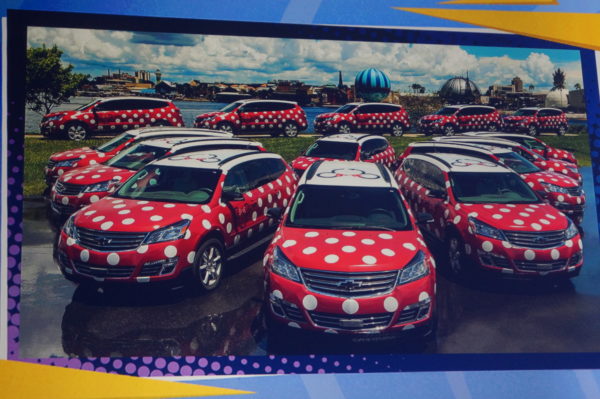 It’s long been reported that Disney was working on bringing autonomous vehicles to its Florida theme parks, but when we hear things like that without any follow through, we’re not typically surprised. After all, Disney “works on” things like that all the time without ever making them a reality.

But it seems like autonomous shuttles might have been a lot closer to reality than we realized. Unfortunately, recent reports suggest the deal fell through and has led to an ugly and quite complex legal battle.  It has turned into a veritable “he said, she said” brawl between the players – with Disney stuck watching from the outside.

Let’s take a look at the long, winding story and where Disney is now with autonomous vehicles!

In November 2015, discussions between Meridian Autonomous and Phoenix Wings began.

By March 2016, the two companies had entered into a deal that both agreed would result in more than half a billion dollar revenue by 2021 thanks to Disney’s goal to put up to 100 autonomous vehicles into play within a few years.

When the final offer came from Meridian, Phoenix says the offer was significantly different and deficient to the original terms of agreement. The deal fell apart, but not before Meridian financed a testing facility near Disney World to run a test of the vehicles that Phoenix was to be building.

Phoenix abandoned that building and made a deal with Coast Autonomous who would acquire all of Phoenix’s intellectual property.

Now both companies are accusing the other of stealing blueprints for the technology that would make the driverless cars work.

What this means for Disney

Meridian and Phoenix were scheduled to do a demo in April 2017, but it looks the relationship deteriorated days before the demo was set to occur, and it seems like that demo never happened. If the demo was successful, there would have been a pilot program to transfer Cast Members. Providing that went well, Disney would begin transporting guests around the resort – specifically in the parking lots.

Disney was just months from launching the largest fleet of autonomous vehicles in the world! In fact, this article from April 2018 reports on leaked information about the test.

The brakes were put on the plans very quickly when the deal between Meridian and Phoenix fell apart. But Disney wanted to put up to 100 vehicles in the transportation mix, so what was their alternative?

Looking back, it seems obvious now (and no coincidence) that Disney announced their abrupt partnership with Lyft to power Disney’s new Minnie Vans at their July 2017 D23 Expo. This was just three months after the scheduled autonomous shuttle test and presumably about the time that Disney would have implemented such shuttles.

The Minnie Van service started within weeks of the announcement at D23.

Disney probably still hopes to use autonomous shuttles some day, but they haven’t made any comment as to when, how, or with whom this would happen.

Would you ride in an autonomous shuttle in Disney World?