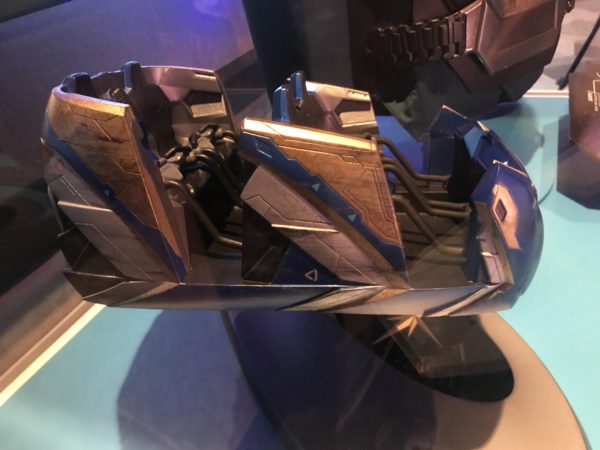 Guardians of the Galaxy ride vehicle

We officially have a first, physical look at the highly anticipated Guardians of the Galaxy coaster coming to Epcot.

The ride, which was first announced at D23 2017, saw the first revelation of its ride system in a video posted to the Disney Parks YouTube channel. While the video provides little information, it gives a basic glimpse at the movement pattern for the vehicle.

The layout of the vehicles is similar to that of attractions such as Journey into Imagination, with seating being broken up into two pairs of two seats in each car. As for aesthetics, each car is adorned in the colors and emblem of the Nova Corps, the cosmic police force that is central to the plot of Guardians.

The most important thing we see in the video is the 360-degree rotation of the vehicles. Each car is mounted and designed in such a way that they spin, in similar fashion to rides like Toy Story Mania, revealing the surroundings and immersing the rider in the story.

The ride is scheduled for a 2021 opening, just in time for Disney World’s 50th anniversary. It’ll be placed in the old Universe of Energy building that was most recently occupied by Ellen’s Energy Adventure from September of 1996 to August 2017.

Xandar, the home of the Nova Corps and the planet that much of the first Guardians of the Galaxy takes place on, will serve as the opening setting for the ride.

Looking forward to Guardians of the Galaxy: Cosmic Rewind at Epcot?