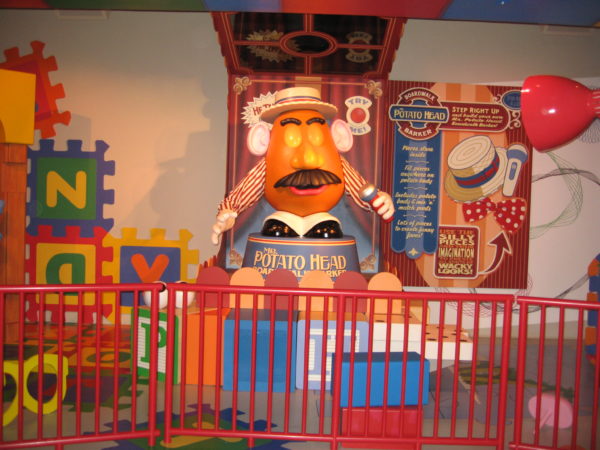 Disney and Pixar: A Long and Winding Relationship

Believe it or not, Disney’s relationship with Pixar goes way back. As we prepare for Toy Story Land to open in Disney’s Hollywood Studios on June 30, 2018, it’s funto look back on the long and winding relationship between Disney and Pixar to see how we got to where we are now.

Pixar started as the Graphics Group, part of LucasFilm’s computer division in 1979. Its employees were a few former New York Institute of Technology students whose goal it was to create the first computer-animated full-length feature film. They were working in an animation studio when George Lucas offered them a spot in his company. They slowly left where they were and began joining LucasFilm, a real film studio.

They realized they needed to go off on their own, so they acquired funding from Apple’s co-founder Steve Jobs, who had recently be fired from his post at Apple. When the deal was completed on February 3rd, 1986, Jobs then held 49.65% of Pixar making him a majority shareholder.

Over the years, Pixar created 19 full-length feature films, 14 of which are among the 50 highest grossing animated films of all time, and more than 100 shorts including original shorts, shorts related to their features, television specials, shorts related specifically to Toy Story, and shorts commissioned by other companies like the California Lottery, Volkswagen, Pillsbury, Sesame Street, Toys R Us, Kelloggs, IBM, Bunn Coffee Makers, Coca-Cola, McDonald’s, Nickelodeon & UNICEF, and Google.

Some of Pixar’s most successful films, though, were Toy Story movies. In fact, before the first Toy Story movie was released, Jobs considered selling his part of the company because they hadn’t made enough money. Fortunately, someone told him that Toy Story would be a hit, and he decided to give Pixar one more chance.

The first Toy Story movie was released in 1995. It was the first ever fully computer-animated feature-length film, and it was so successful that Pixar was able to build a new studio in Emeryville, California, which opened in November 2000. 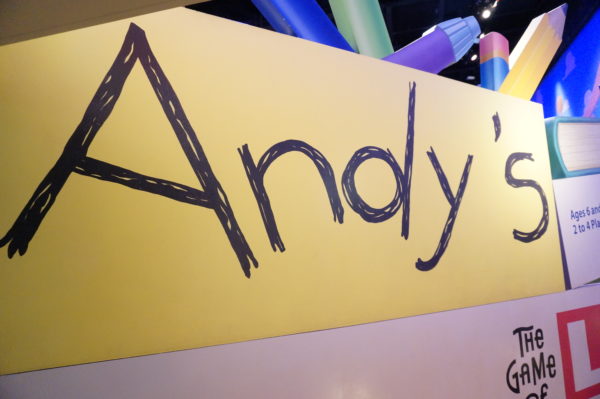 It all started with Andy’s toys more than 20 years ago!

Pixar was really great at the creative end of movie make – obviously – but they needed some help with marketing and distribution.

Starting with the first movie, Disney was the production company with rights to the picture and its characters and creative control while giving Pixar 12.5% of ticket revenue. Disney also had the right of first refusal to Toy Story sequel films.

This deal was reached in 1991, and even at this early date, tension between then CEO Michael Eisner and Steve Jobs was high and only grew with Toy Story 2 when Disney wanted to split costs 50/50 while the scales tipped up to 15% for distribution fees in Disney’s favor.

Disney leadership changed in 2005 when Bob Iger replaced Michael Eisner as Disney’s CEO. Shortly after coming on board, Iger saw a parade in Hong Kong Disneyland in which most of the characters were created by Pixar – not Disney. Iger knew at that point that he needed to revive the relationship with Pixar, and more importantly Steve Jobs.

When Iger returned to the Disney headquarters in Burbank, he ordered a financial analysis, which showed that Disney had actually lost money on animation in the last 10 years.

Jobs was hesitant because of the contentious relationships with Eisner, but he was pleasantly surprised with Iger’s willingness to negotiate, and the pair eventually reached an acquisition deal valuing Pixar at $7.4 billion. The all-stock transaction was completed in 2006 making Jobs Disney’s largest single shareholder with 7%. That might not seem like a lot, but comparably, Eisner, who no longer worked for the company, held 1.7%, and Roy E. Disney, Walt’s nephew, didn’t even own 1% of his own family’s company.

Even before the acquisition was final, Imagineers started creating a new attraction for their future intellectual property. They had an idea for a 3D carnival game hosted by Toy Story characters. They originally planned it for Disney California Adventure but decided to expand it to Walt Disney World as well. The attractions on both coasts opened in 2008 less than a month apart, and Toy Story Mania! became the first attraction to be developed for two theme parks at the same time.

Toy Story Midway Mania in Disney’s Hollywood Studios opened on May 31st, 2008 on part of the old Backlot tour. The area was called Pixar Place, and it was a replica of the exterior of the real Pixar Studios in California.

The queue was as much an attraction as the ride itself. Everything was giant, which made guests feel like they shrank to the size of a toy in Andy’s room. There were huge crayons, Viewmaster discs, old game boards, and a Mr. Potato Head animatronic.

Mr. Potato Head served as the carnival barker, and he is to this day one of the most advanced audio-animatronic figures that Disney has ever created. His mouth actually moved and formed words, his eyes looked at guests when he was talking to them, and he could take off and put back on parts of his body.  It was beyond innovative.

No technology was spared on the ride itself either. There was a pie throwing practice round then five mini games featuring Toy Story characters and some pretty crazy antics including throwing eggs, popping balloons, breaking plates, and more.

Throughout the games, guests could unlock special effects like water and air canons by hitting certain targets all while moving through the attraction on an Omnimover. It all came to life by wearing 3D glasses. If the attraction sounds very high tech, it is; it takes 150 computers to keep everything running smoothly.

The ride was updated in 2010 when Toy Story 3 was released with new characters and some entire scenes replaced. Toy Story Mania remained one of the most popular attractions in all of Disney World even years after it first debuted. Early Toy Story fans likely now have their own kids who will also grow up with Toy Story.

Because Toy Story Mania is still so popular, and ahead of Toy Story Land opening on June 30, 2018 and a Toy Story 4 release set for June 21, 2019, Disney added a third track in May 2016. Unfortunately, the impressive Mr. Potato Head had to be removed to make room for the added capacity at the attraction.

Mr. Potato Head was and still is the most advanced audio-animatronic that Disney has ever created!

When Toy Story land opens on June 30th, 2018, Pixar Place will be no more. The new area will be Andy’s backyard. Besides the already functioning three-track Toy Story Mania, there will be the Slinky Dog Dash, a rollercoaster that Andy built for Slinky Dog, and the Alien Swirling Saucers, another ride that Andy built from a play set he won from Pizza Planet.

Toy Story Mania! will have an entirely new entrance, and there’s a rumor that Mr. Potato Head may return to his post in the queue.

Toy Story Mania is perhaps the most well-known Toy Story attraction in Disney World, but there are other places to see your favorite Pixar movies and characters as well. There are character meet and greets in various locations around the parks, and you can ride Buzz Lightyear’s Space Ranger Spin in Magic Kingdom‘s Tomorrowland.

When it comes to the Disney resort hotels, Disney’s Art of Animation, which opened in 2012, has an animation theme and includes themes from Pixar Movies. There’s the Big Blue Pool themed for Finding Nemo, the Cozy Cone pool with a Cars theme, and Finding Nemo and Cars themed family suites.

Disney and Pixar: a good partnership?