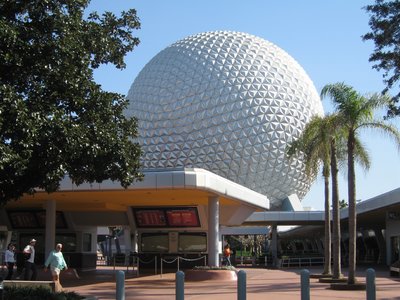 A Disney Park – Your Number One Choice For Fun in Florida

This is an open shopping area and it has three main parts -Disney Marketplace, the former Pleasure Island area, and Disney Westside.

The Disney Marketplace is home to the Disney transportation center in this area, as well as major restaurants like the Rainforest Café and T-Rex, retail stores like Lego, and one of the biggest Disney gift shops in the world – a great place to get your merchandise and souvenirs, including great Mickey Mouse gifts. There are other smaller boutique stores where you can purchase special soaps, Disney pins, and artwork.

The former Pleasure Island area has several retail outlets are still open — including Harley-Davidson and further along, Planet Hollywood.

At Disney Westside, you’ll find a street with ethnic restaurants, a terrific sock store called Little Mismatched, as well as a multistory and interactive video game location called DisneyQuest, a 24-seat movie theater, and a tethered hot air balloon ride.  The Cirque Du Soleil La Nouba show, where the circus meets Broadway, is a permanent building at the very end of Disney Springs.

To enjoy Disney Springs, no park passes are required.

Disney Attractions Not in a Theme Park

As part of your day at Disney, you can enjoy a circular tour or two on the monorail, or cool off on one of the many boats that ply Disney World lagoons and canals. Several resorts are worth mentioning and they each have their own unique features and retail opportunities. The Contemporary Resort is a pyramid shaped hotel which the monorail goes right through. The Grand Floridian Resort is a stunning and large Victorian styled hotel which has a gorgeous Christmas display at this holiday time of the year. The Polynesian resort puts on a luau many nights a week and here you can be entertained by a show, while enjoying a feast.

The ESPN Wide World Of Sports complex is another attraction found at the Walt Disney World Resort.  It frequently often hosts events that bring together athletes from around the world.  In fact, Disney is a great place for amateur athletes.  In addition to competitions and Atlanta Braves spring training camps, Disney hosts a marathon weekend each year with a full marathon and a half marathon.

Animal Kingdom is the newest of the Disney theme parks, and a few outstanding features are:

This park is closest in feel to Disneyland in California. It has many of the same attractions, and a few of these include:

A World Of Vacation Fun

There is so much to see at do at the Walt Disney World Resort and at Disney Parks that you could spend a month on a Disney vacation and still not see it all.

If you live in Florida, then check for any current Florida resident discounts, including the option for an annual pass.  These can be a real money saver.