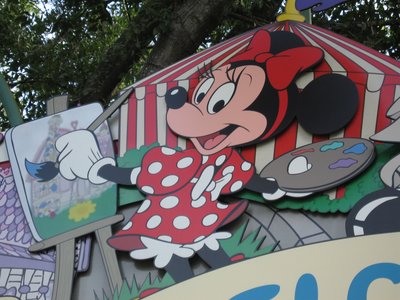 After all, you want a place that allows for some grown up fun, lots of good food, incredible entertainment and more than all of those things, a place to make some lasting memories together. As you think about it more, you are probably having difficulty imagining yourselves having a bachelorette party in a Disney Park. Tickets to the world’s happiest place might actually be the shocker of the century and top any bachelorette party you have ever attended.

Before you write off Walt Disney World as a possibility, think again. Walt Disney World Resort in sunny Orlando, Florida has some of the world’s best in fun, shopping and food. Plus, it is a truly unbeatable place to make memories, and with the affordability of Disney Park tickets, how could you say no? Here are a few reasons you might want to consider a bachelorette party in the most magical place on earth.

One of the greatest things about Walt Disney World Resort is that there is something for any bride-to-be to enjoy. Besides a variety of the finest restaurants, one of a kind shopping, spas, health clubs, and luxury resort hotels, Disney has a theme park to fit her tastes, no matter what they are. Disney World Theme Parks offer the greatest entertainment you could wish for.

Is the bride-to-be an animal lover? Take her to Walt Disney’s Animal Kingdom theme park. With over 1,700 animals spanning 500 acres, the Animal Kingdom park is like a safari of the world that you can take in a day (or two). Animals from 250 different species from Asia, Africa and all over the world plus some of the greatest live entertainment – Festival of the Lion King – are sure to tickle you bride-to-be’s fancy! There are winding trails to walk and even a Dinosaur Park!

Maybe your bride-to-be craves fun in the sun and a day at the beach. Disney World Resort will do you one better! You can have a day at the beach with great food, great drinks, and great rides! Disney’s Typhoon Lagoon and Disney’s Blizzard Beach not only have all of the charm and appeal of the beach; they are also the world’s 2 greatest water parks!

If your bride-to-be is a bit more of a pop culture fanatic, then she’ll love Disney’s Hollywood Studios Theme Park, decorated in the most beautiful styling of the golden ages of Hollywood. A theme park ticket to Hollywood Studios is like a V.I.P. backstage pass to all your favorite movies, TV, and more, filled with fun, shopping and special attractions to appeal to the movie-goer in you!

Besides the Animal Kingdom Park, Hollywood Studios, and their water parks, there are their more classic, iconic parks: Magic Kindgom and Epcot theme parks. If your bride-to-be is a die hard romantic, a Disney fanatic, or is all about novelty, these are the parks for her. Either way Epcot has technological fancies, attractions, and rides to make her head spin, and Cinderella’s Castle is pretty much the end all be all when it comes to the image of fairytale romance. The bride-to-be and her BFFs can even get a Princess makeover at the bibbity bobbity boo boutique!

Before you raise a stink worrying about the weather, consider these other options: the DisneyQuest Indoor Interactive Theme Park and the ESPN World of Sport Complex, which can be enjoyed rain, shine, or anywhere in between.

Even though a trip to Walt Disney World Resort in Orlando, Florida may seem a bit indulgent for a bachelorette party, you will be surprised to find how affordable it can be after discounts, special offers and the everyday savings offered by Disney. For example, going in a group already cuts down your price if you bundle you tickets into a Magic Your Way Base Ticket.

Magic Your Way Base Ticket

A Magic Your Way Base Ticket is good for one ticket per person per day covered by the package. This means that if your bachelorette party consists of five people, including the bride-to-be of course, and will last 3 days, you will receive 5 tickets per each day. You can bundle your meal plans and your stay at one of Disney’s luxury resort hotels for an even bigger discount! For a bachelorette party, consider the Grand Floridian with attached Spa! Come on! What bride-to-be and her besties don’t want to treated to a spa day and at World Disney World, no less?

A few customization options that make this an even sweeter deal – the Park Hopper options, which allows you to visit more than one theme park in the same day, the Water Park Fun and More Option, which grants you access to Disney World’s amazing water parks, and the No Expiration Option, which means that rather than having the tickets expire 14 days after their start date, they are good forever. You can plan a return trip to give as a wedding gift!

Truly, there are few more magical bachelorette parties you could plan than a Disney vacation. It encompasses everything youthful and magical about your friendship to the bride – like when you used to fight over which one of you got to wear the glass slipper when you were playing Cinderella. It also represents a future of fun and family that the bride can look forward to with her husband.

You also have the opportunity to let loose and party like the capable young women you no doubt are. Walt Disney World Resort in Orlando Florida has a swinging nightlife. That way, at the end of the day, rather than calling it quits, you can enjoy some more traditional bachelorette party fun! Besides 4-star dining, elegant wine tasting, or unique fusion cuisine, there is Disney Springs, famous for its shopping, live entertainment, and atmosphere. You, the bride-to-be, and her dearest closest friends joining you for the bridal party will have an unforgettable time. You will find it well worth the cost of admission.