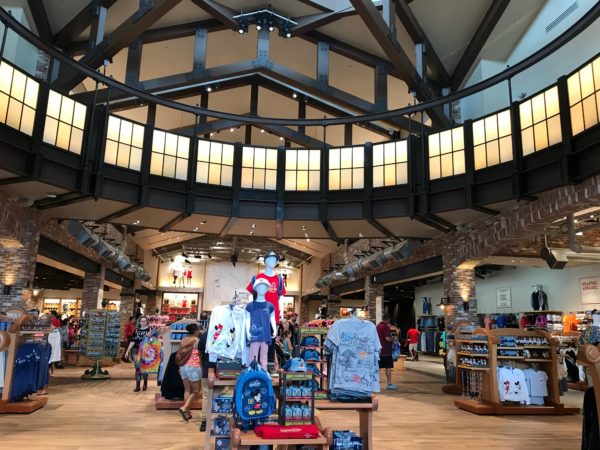 Update:  This article includes a correction from the source that the opening of Disney-owned shops and restaurants will be May 27 vs. May 25 as originally reported.

Disney announced that some third-party shops will open at Disney Springs on May 20, and we have a growing list of those who have made reopening announcements.

Now, reports say that a subsequent phase of Disney Spring’s reopening will happen a few days later on May 27.  On that day the World of Disney Store and other restaurants operated by Disney will reopen.

Note that this news comes from an interview with Eric Clinton, who is the president of the union that represents service workers at Disney World.  It has not been announced by Disney directly.

The report stated that both Cast Members and guests will be required to wear face masks.  Disney will give each Cast Members three washable masks.

Disney will also check the temperatures of guests when they enter Disney Springs.

Disney has installed plexiglass at cash registers, and guests will swipe their own payment cards.

Glad to hear World of Disney and Disney-operated locations will reopen at Disney Springs on Memorial Day?