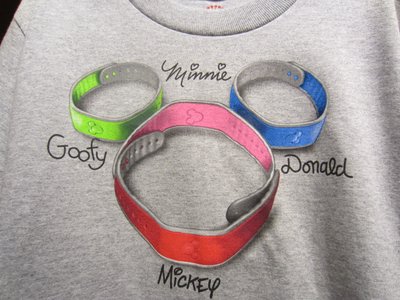 Could Disney’s NextGen Be The Most Expensive Upgrade In Theme Park History?

There is plenty of spending these days in the theme park industry.

NBCUniversal, the company which owns the Universal Studios parks in California and Florida, has budgeted $1.1 billion on new spending in their parks this year. It seems they will get a lot for their money: In Florida they will add a second Harry Potter land, a new section dedicated to The Simpsons, and a new Transformers attraction. In California, they will add a Despicable Me attraction.

By contrast, Disney is also spending about $1 billion on just one upgrade project: NextGen, now known by the official names of its components including MagicBands (the wrist bands), My Disney Experience (the web site), and MyMagic+ (the overall program). Some estimates put the cost of NextGen at up to $3 billion. In any case, it may be the most expensive upgrade in theme park history.

Yes, these are some huge budgets. Reports state that the entire project to build Epcot (then known as EPCOT Center) was budgeted at $600 million but came in at more than double that cost at $1.4 billion. Keep in mind, that kind of money provided Disney an additional theme park.

Now Disney is spending nearly as much for a technology upgrade. Of course, this technology upgrade is far reaching: new bracelets called MagicBands will act as a combination credit card, room key, and Disney theme park ticket. Plus, visitors get to schedule three or four attractions or events in advance allowing them to get on their favorite rides with little or no wait.

Some think that it is the holy grail of theme park planning: all the fun with no lines.

Others think that Disney is spending a huge sum of money on something that will actually reduce fun and eliminate spontaneity – especially for those folks who aren’t big planners.

Disney expects their investment to in MyMagic+ to pay off in many different ways:

Disney Is Building Too

While Disney is spending $1 billion on MyMagic+, that isn’t the only area where they are investing in their Florida property.

From the new Art Of Animation Resort to the new Fantasyland in the Magic Kingdom, from the new Test Track at Epcot to the planned Avatar land in Disney’s Animal Kingdom, Disney is also spending plenty on more than just a technology upgrade.

Perhaps it doesn’t seem like Disney is winning the arms race of theme park spending against Universal Studios.  Since Universal spends a billion or so on their much smaller property, it makes a bigger impact. Because Disney is so much larger than Universal, $1 billion doesn’t seem to buy as much.

Here at World Of Walt, I have interviewed several people who have participated in testing MyMagic+. The reviews seem positive, but all the details of this new, innovative, expensive, and, sometimes controversial program aren’t yet finalized. In fact, Disney has admitted the roll out of MyMagic+ is delayed.  Even so, it will be fun to see how the public reacts when this program is available to everyone.

Should Disney put $1 billion toward MyMagic+ or a new park?