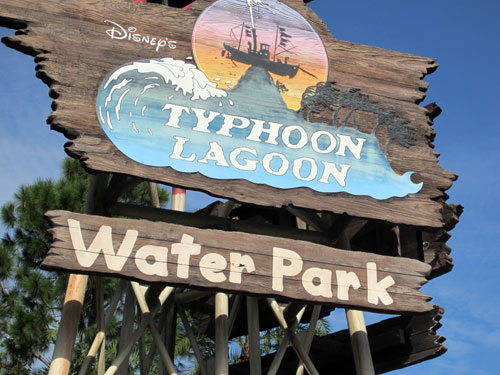 Summer is in full swing in Central Florida, and the water parks are getting busy. Just last year, Disney saw a five percent increase in attendance at both of their water parks: Disney’s Typhoon Lagoon and Blizzard Beach.

However, it’s been several years since a new attraction was added to these ever-popular parks. With the concentration on Magic Kingdom‘s new Fantasyland then on Disney’s Animal Kingdom‘s Pandora The Land of Avatar, and now the complete rebranding of Disney’s Hollywood Studios, Disney Imagineers have been a little busy. This isn’t even to mention the work done outside the parks at Disney Springs.

The last new ride at a water park, Crush ‘n’ Gusher, opened in March 2005, and brought a new concept to Disney’s water parks with the water coaster. It was the first water coaster built for Disney Parks. This raft ride sends sliders down one of three slides around twists and turns just like a rollercoaster but in water dropping you in Hideaway Bay pool.

Beyond just being busy with other project, why has Disney waited until now to add to their water parks?  One word: competition.

In 2015, Universal Orlando announced that they would be replacing their Wet ‘n’ Wild water park with an entirely new water park called Volcano Bay that will open in 2017 after Wet ‘n’ Wild closes on December 31, 2016. The park will feature a volcano at its center and will consist of 53 acres of water slides, a lazy river, a wave pool, and a “rapids slide”.

Not to be outdone, Disney recently submitted plans to South Florida Water Management District for a new raft ride that would be situated on two acres at the north of Typhoon Lagoon and to the west of Crush ‘n’ Gusher. This area is currently part of the backstage area for this park, but this renovation will mean that it opens up to guests.

According to the plans, this elevated flume ride will have a long uphill climb followed by a straight area, possibly a drop, and a winding end. However, this is all speculation based on the blue prints that Disney submitted and where they noted that support beams would be.

As of yet, there is no official announcement, so we have no idea what the name or theme for the ride might be. Will it continue Crush ‘n’ Gusher’s fruit market theme? Will it be something completely different? Who knows?

The plans also note that there will be new guest areas and a “water feature.” Could this be a new splash pad with new dining locations? Again, we just don’t know yet.

With this new ride, Typhoon Lagoon will now have four raft rides in addition to the lazy river, a reef for snorkeling, a wave pool, and a children’s area.

Are you excited about Typhoon Lagoon’s new addition?