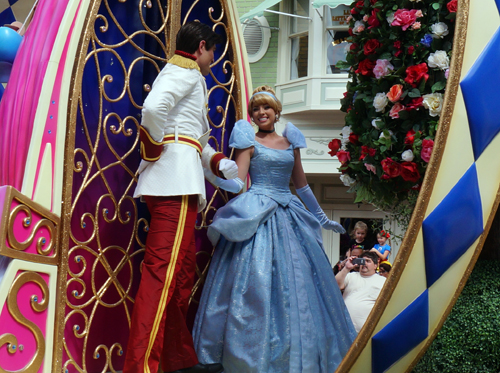 Disney Movie Review: Into the Woods

Disney’s latest remake of a fairytale takes well-known Brothers Grimm tales and makes a mash-up called Into the Woods. The title first premiered as a musical by Stephen Sondheim in 1986, and in 1987, it appeared on Broadway. With Bernadette Peters as the witch and Joanna Gleason as the Baker’s Wife, the musical won several Tony Awards.

The reviews of Disney’s version haven’t been great, but the movie grossed over $31 million when it opened on December 26th, 2014. As of late March 2015, the movie had earned close to $128 million.

Into the Woods begins by introducing several characters and their wishes very quickly. Cinderella (Anna Kendrick) wishes to go to the King’s Festival along with her stepmother and stepsisters. Little Red Riding Hood (Lilla Crawford) is going to visit her sick Granny and wants to take her some fresh bread. Jack (Daniel Huttlestone) wants his cow to give milk, while his mother wants Jack to learn how to manage his money.

The Baker (James Corden) and his wife (Emily Blunt) along with the witch (Meryl Streep) bring all of these stories together when the Baker and his wife wish for a child.

The witch soon explains that the reason they can’t have a child dates back to his father who stole magic beans from the witch’s garden. She put a curse on him and his family, and the only way for the curse to be reversed is to bring her the ingredients for a potion. The couple has three days to bring her a cow as white as milk (Jack’s cow, which he is taking to market), a cape as red as blood (Little Red Riding Hood’s cape), hair as yellow as corn (Rapunzel’s hair), and a slipper as pure as gold (Cinderella’s slipper).

The whole cast goes into the woods, and through a comical and heartwarming series of events, meet and quickly discover their connectedness.

This movie presents some great morals including Meryl Streep’s final line: “Be careful the tale you tell. That is the spell. Children will listen.” The music is creatively written, excellently performed, and quite catchy. After all, with a cast like this, it has to be wonderful, right? Wrong.

Unfortunately, that is where the compliments end.

With a run-time of just over two hours, the movie is too long; some have even said it feels like two movies combined into one. This leads to two anti-climactic endings.

Once the wishes are resolved, the characters have to deal with a giant who has damaged much of their town. The movie really could’ve ended after the wishes and before the giant, and the audience would have walked away happy. Instead, many just walked out.

With the movie now on Blu-Ray and DVD anywhere Disney movies are sold, the movie might be worth watching even if just for the music.

Have you seen Disney’s Into the Woods movie?  Thumbs up or Thumbs down?
Leave your comments below.