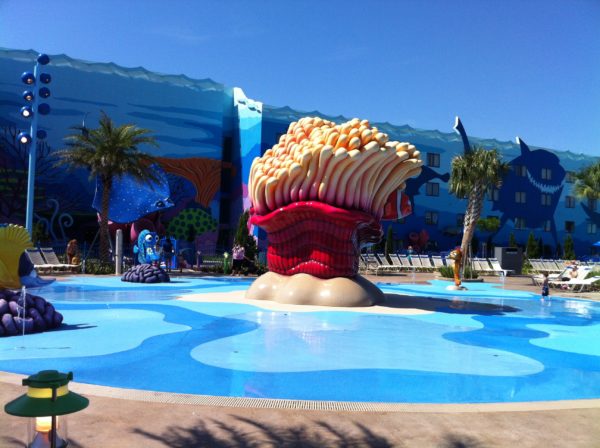 Disney Made the Dole Whip Even Better – With Booze!

It isn’t news that Disney World is the most magical place on earth, but Disney has been working some serious magic lately because they’ve improved the Dole Whip.

Just when you thought it couldn’t get any better, Disney said, “challenge accepted.”

Disney’s Art of Animation Resort already has one of the coolest pools on property. The Big Blue Pool is Nemo-themed, and you can hear fish noises under the water. They’re cool pool bar called The Drop Off is also pretty nice too.

But it gets even better! The Drop Off is now serving the grown-ups-only Captain’s Pineapple Drink, which isn’t a super creative name nor drink, but it still sounds delicious.

The Captain’s Pineapple Drink combines the beloved Dole Whip and Captain Morgan rum to make a delicious way to cool off in the Florida heat. It’s premixed in a beverage machine, so you won’t even have to wait for it to be made!

While it’s pretty heavy on the alcoholic side, I can’t imagine anyone complaining. It’s the perfect mix of sweet, tart, and slush! At $10, it’s price comparably to other fancy adult beverages on property, plus the added value of getting the Dole Whip fix!

If you don’t want the alcohol, AoA also has some new smoothies and frozen drinks on the Landscape of Flavors menu. While these don’t involve the Dole Whip, you can run over to Disney’s Pop Century Resort and pick up a Dole Whip at Pineapple Lanai.